It is very rare that our family finds a whole weekend that does not consist of a ton of plans already mapped out for us. But this past weekend was just that and we were able to pack it with fun, family filled events.

On Friday afternoon as soon as little man woke up, we headed to the children’s museum. But the amateurs that we are, we realized that it was only an hour until closing time. So we moved to Plan B.. the aquarium. 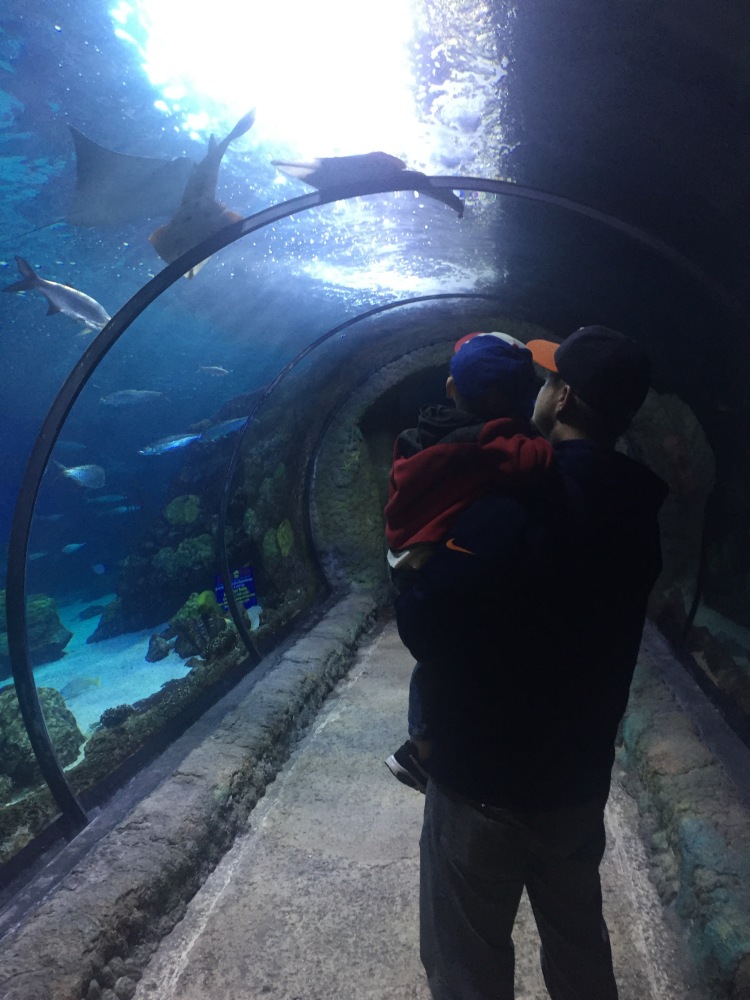 Now our little guy may not be signing up for a house pet anytime soon, but he sure does love him some underwater friends. He ran from tank to tank, exclaiming ‘Look!! Look!!’ 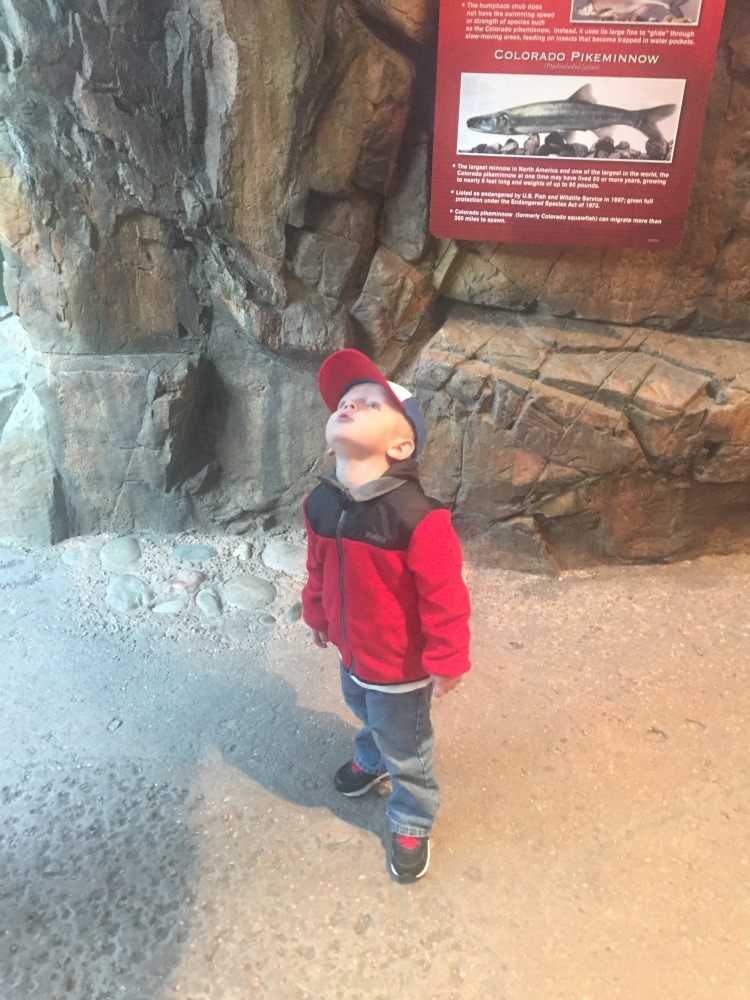 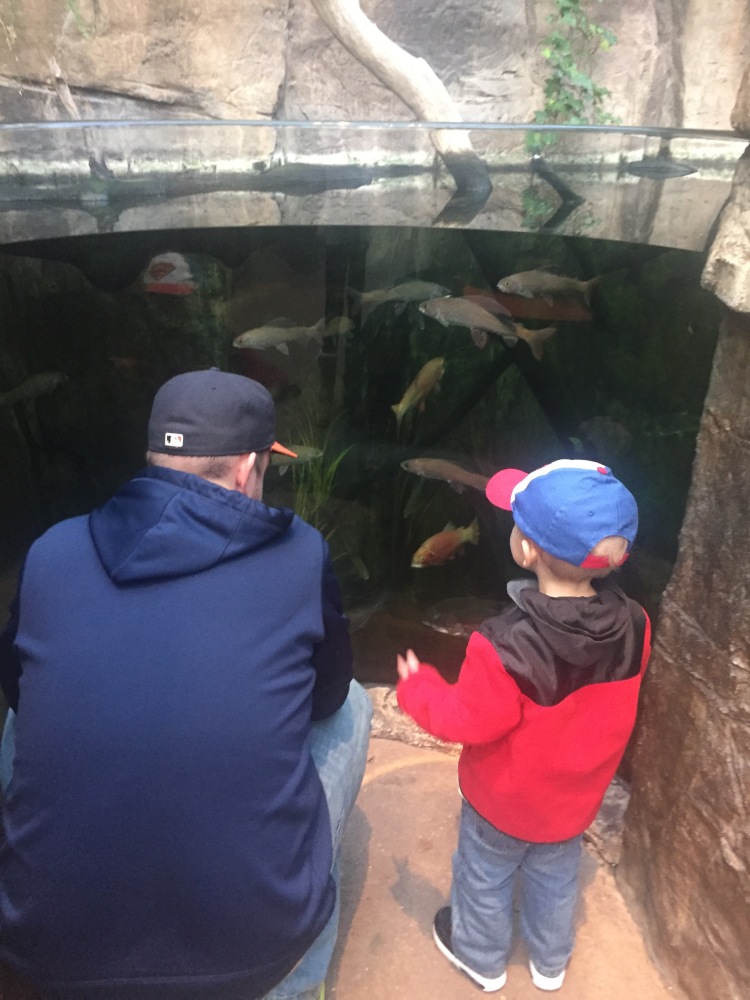 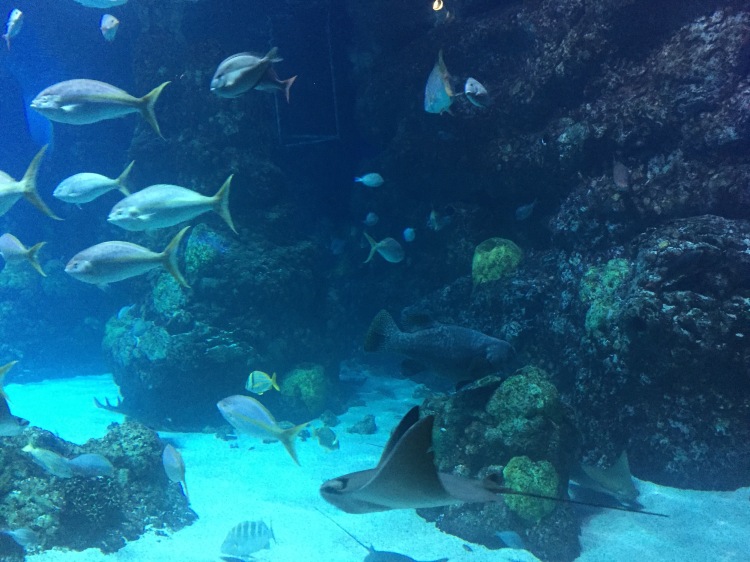 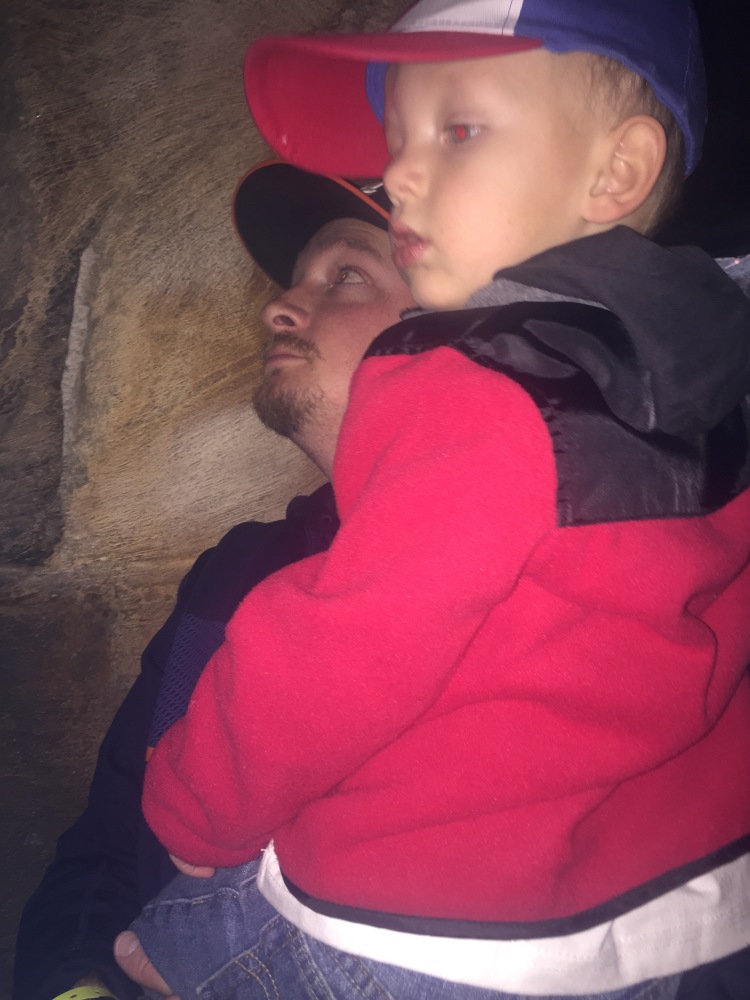 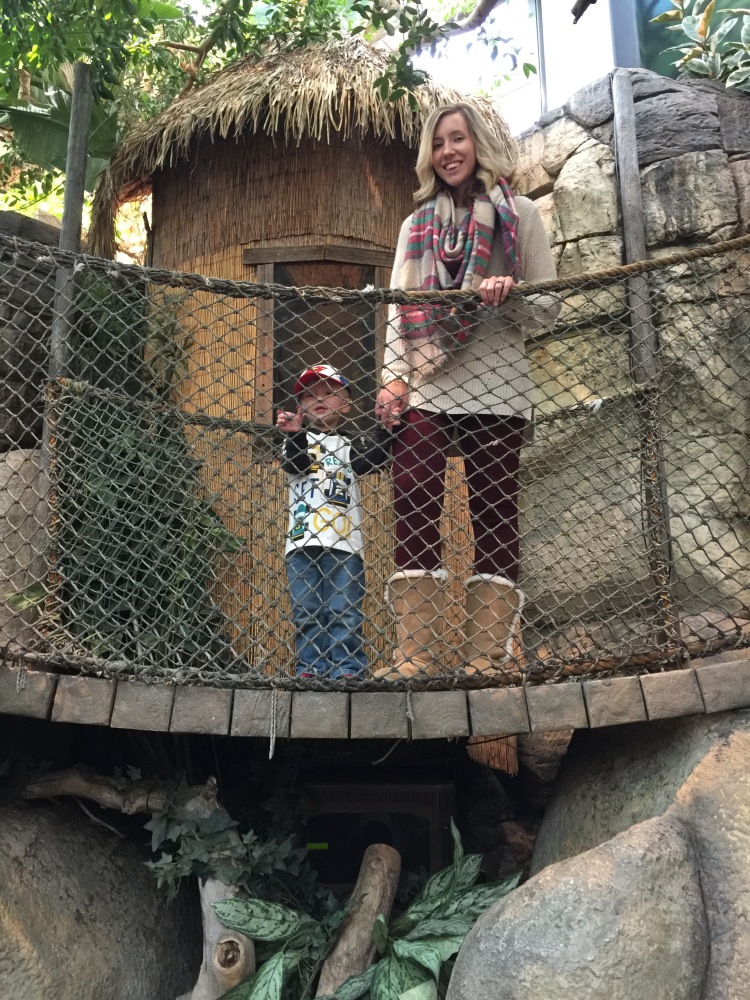 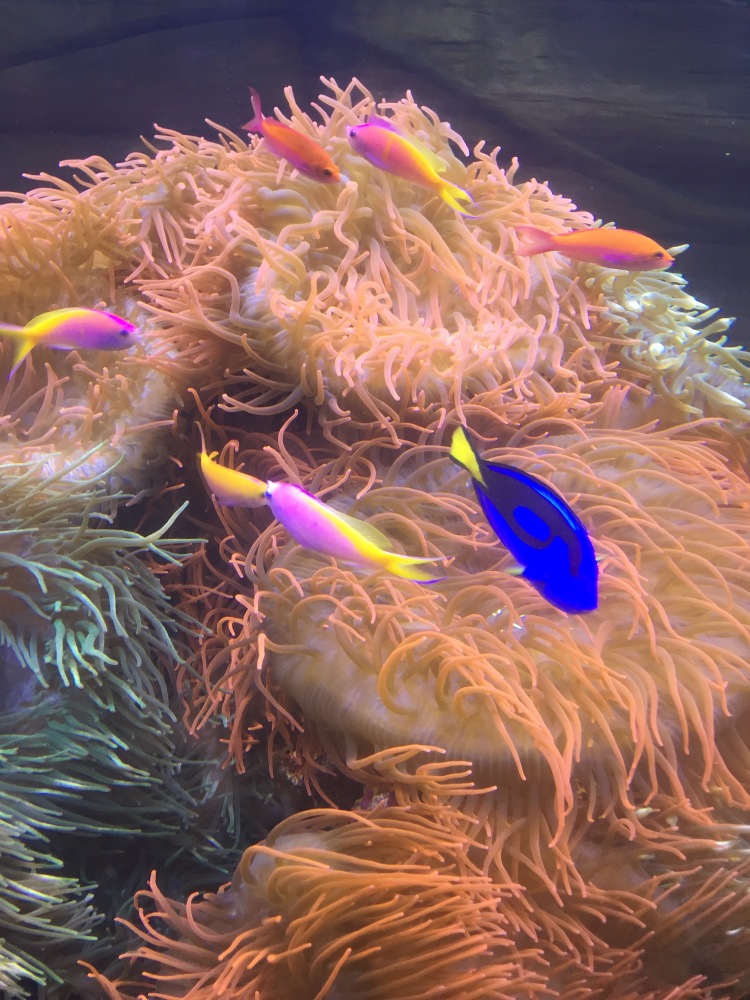 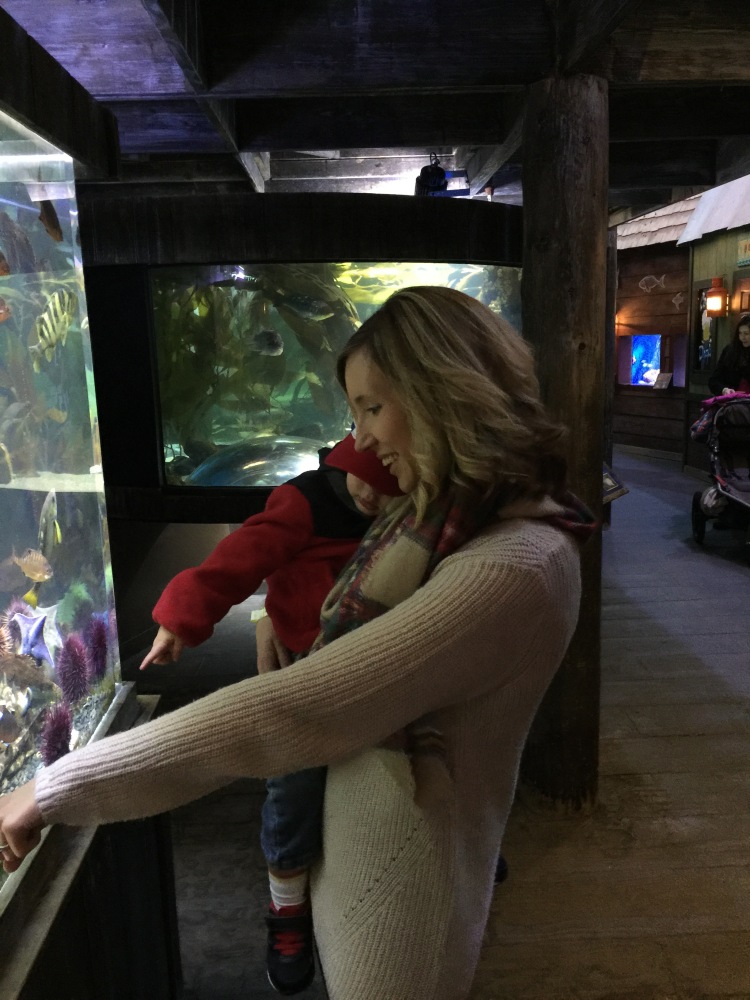 He was even braver than his mama and was all about touching the fish. #nothankyou 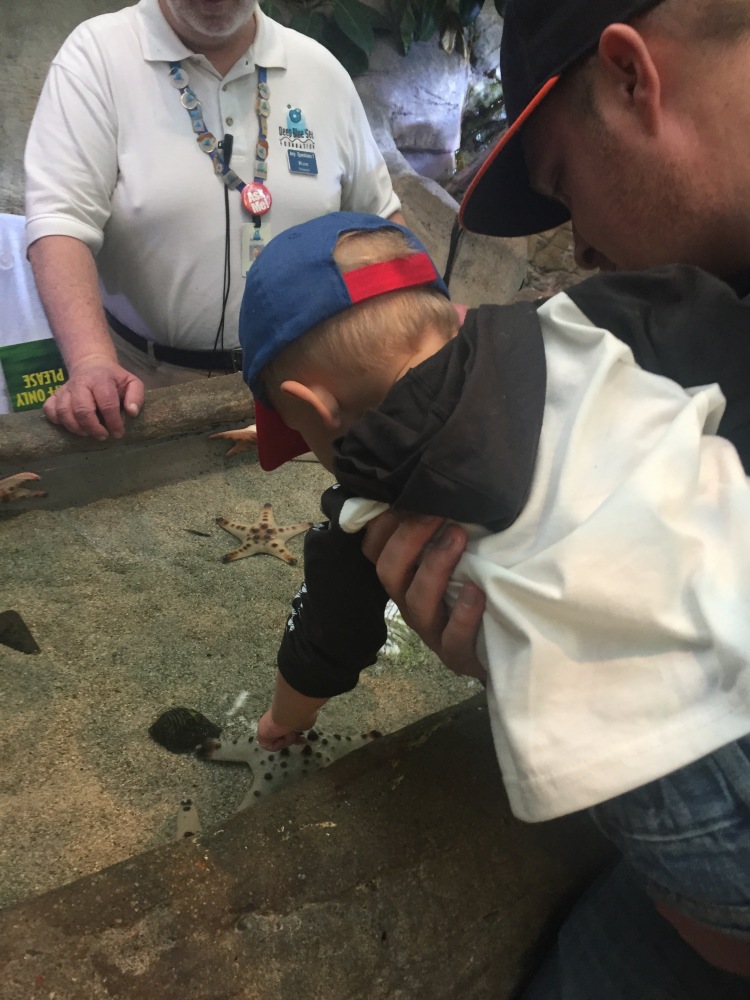 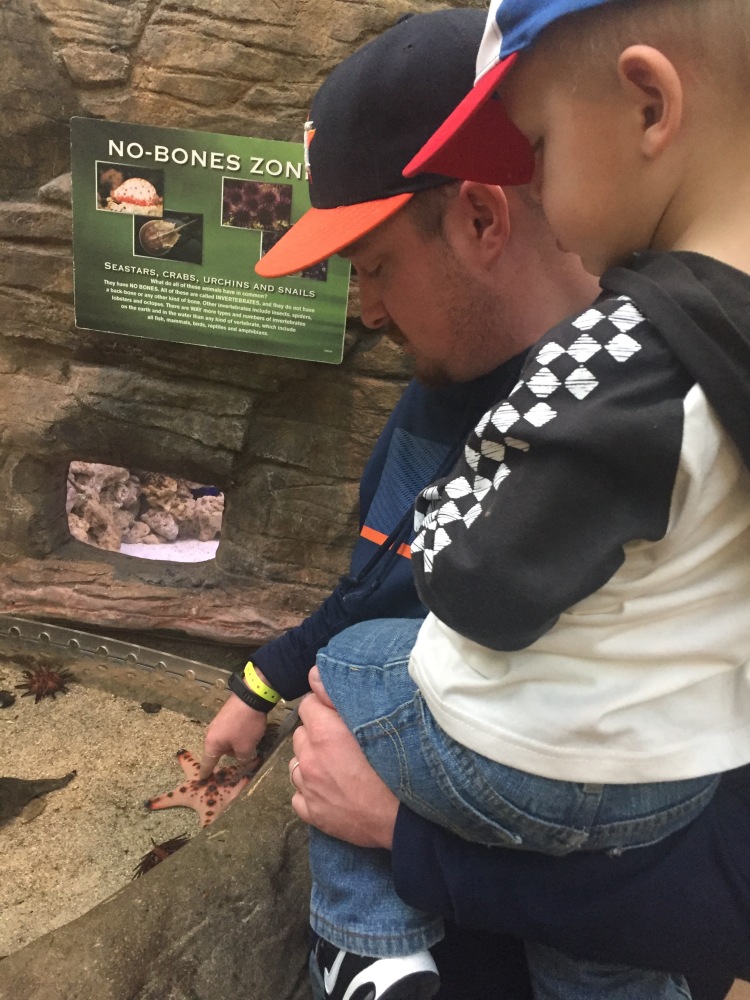 And what’s an aquarium without a tiger? I’m pretty sure there was a whole sign about how tigers are really important to the underwater ecosystem but those details have somehow already been lost in lalaland of mom brain. 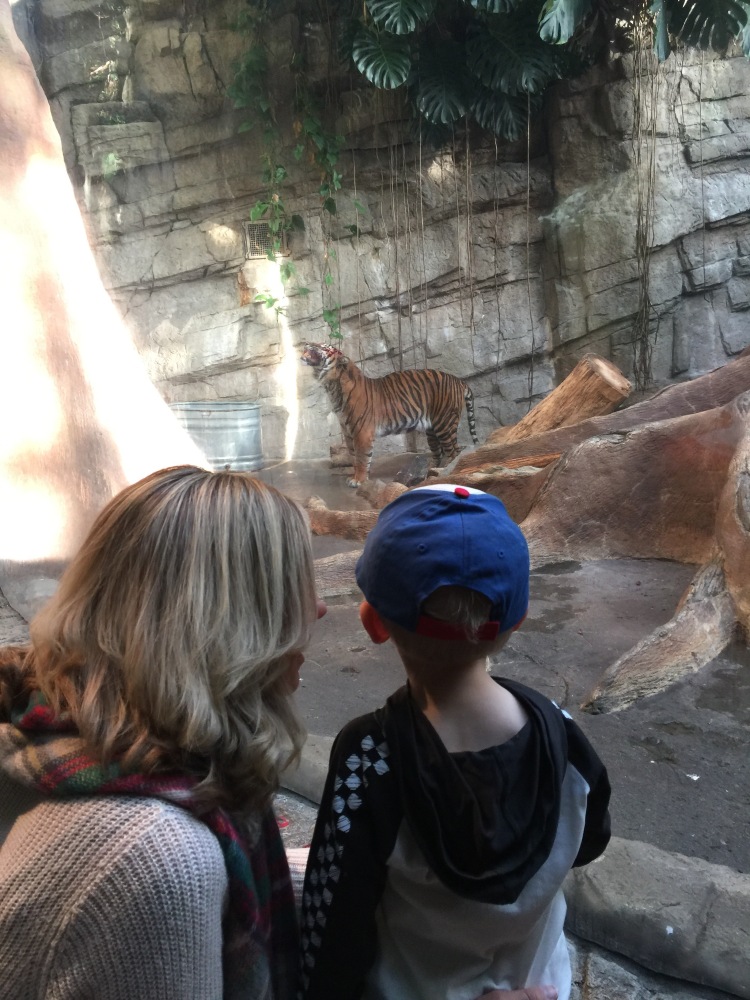 But there were sharks as well and that I DO understand. 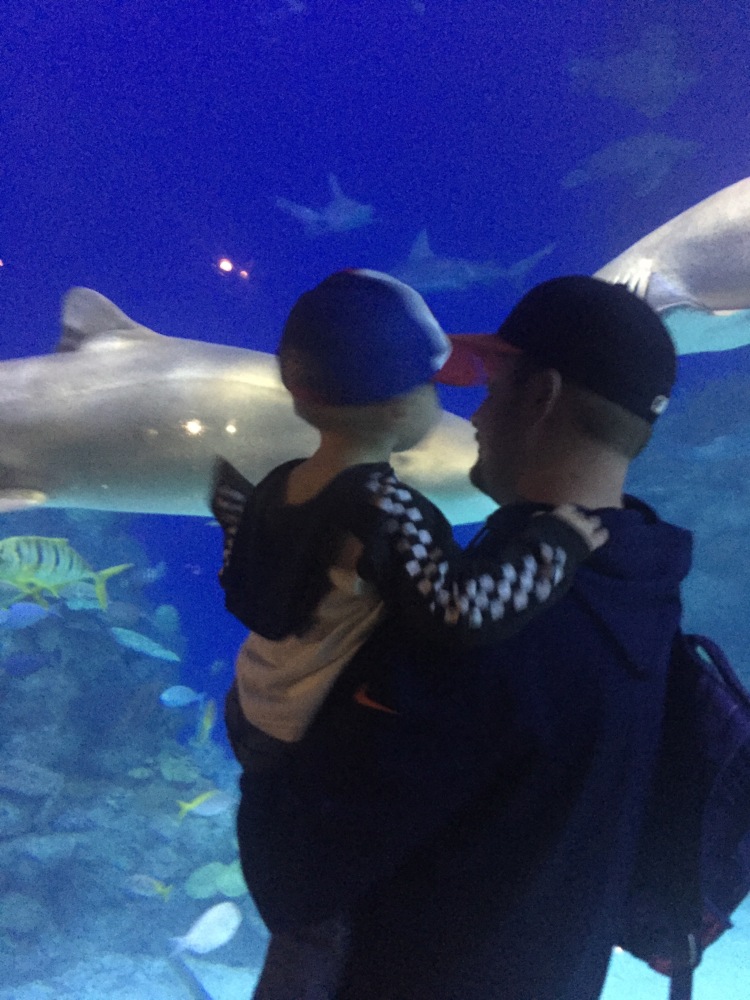 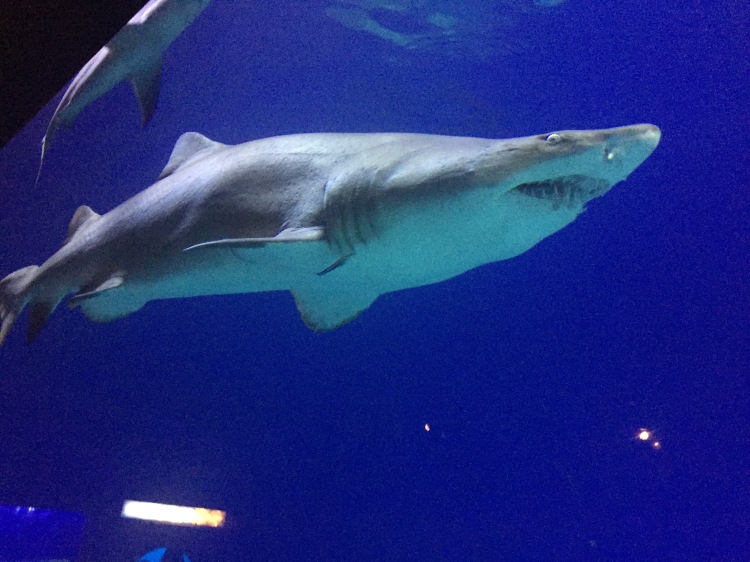 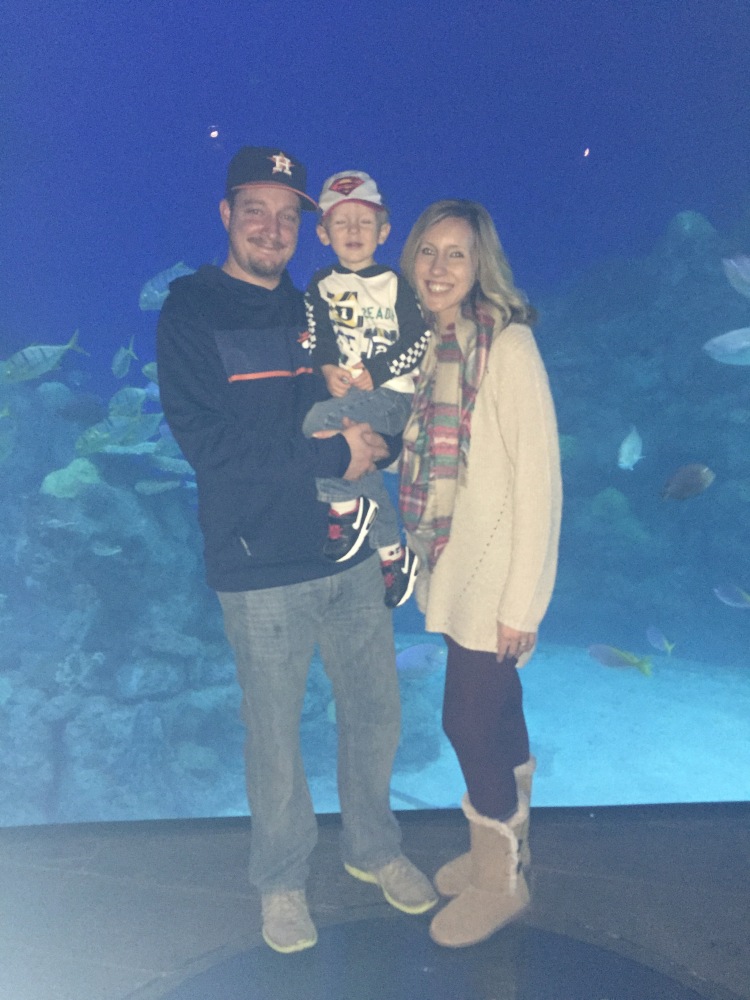 Afterwards, we ate dinner at the downtown Mellow Mushroom because pizza and Fridays should always be friends. No pictures though because we were too busy with all of the eating.

The next morning Nick became husband of the year by watching two of Caleb’s little friends so that way their mama could go with me to a Lularoe party. (Is everyone obsessed with these clothes yet?) He sent this picture as a ‘cry for help’ and we knew that they were doing JUST fine, because hello cuteness. 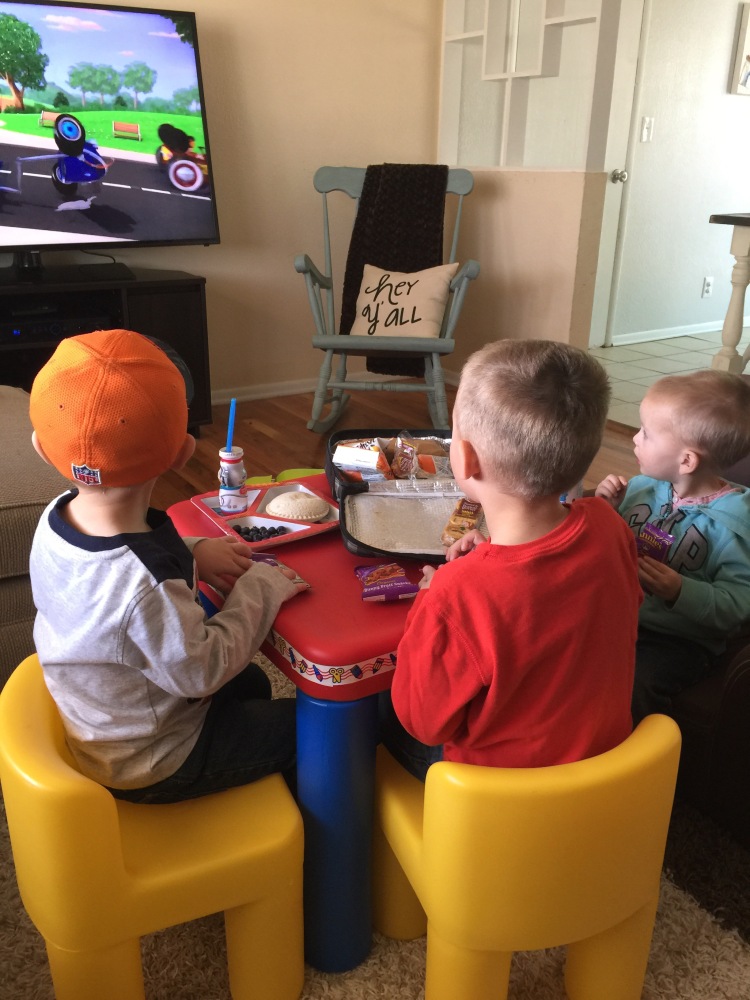 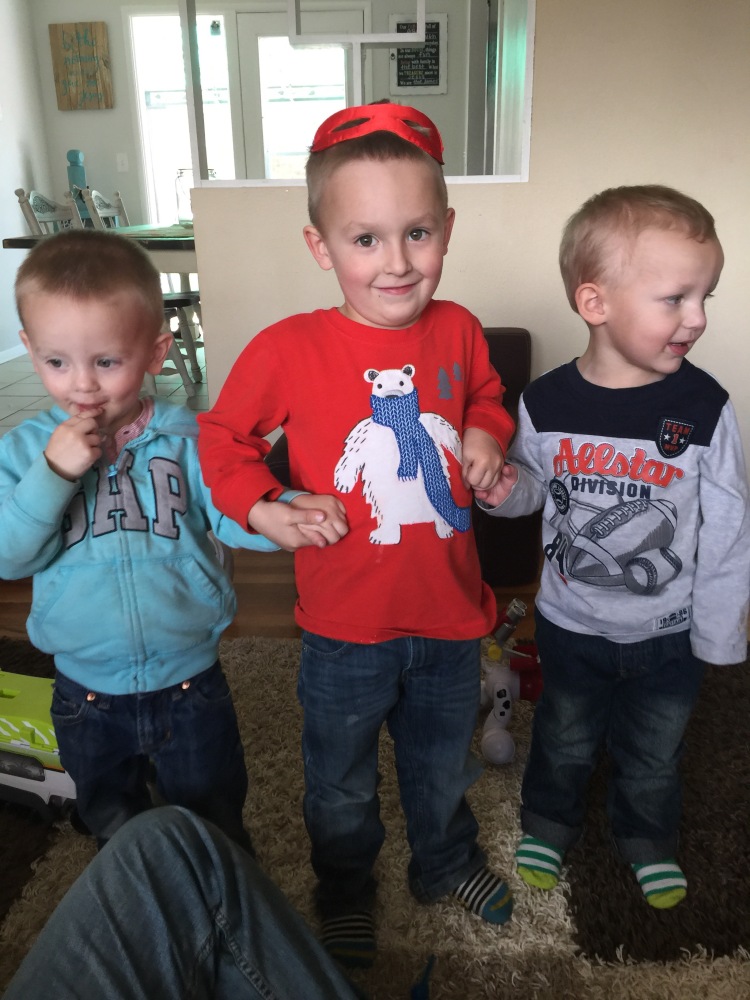 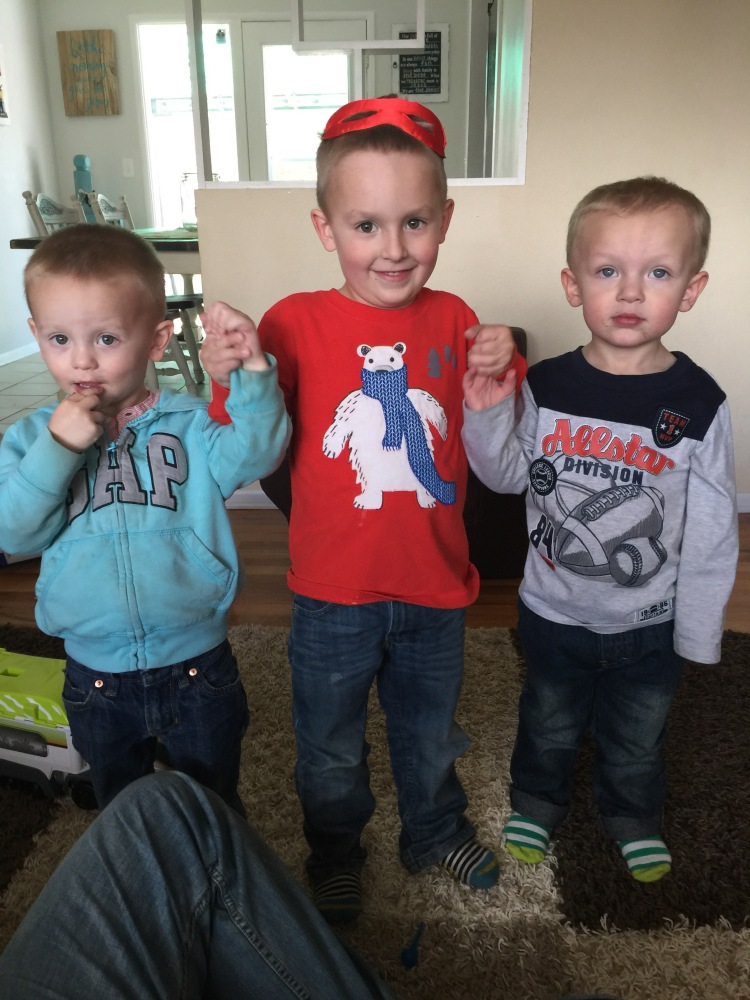 That afternoon, we met up with JoJo for the little man’s first movie in the theater. We went to see Sing! because we were thinking he loves songs so surely this would keep his attention. NOPE. Poor kid was bored and restless about halfway into the movie. The only thing that kept him sane (and us!) was giving his JoJo kisses and sitting with her. #JoJoforthewin 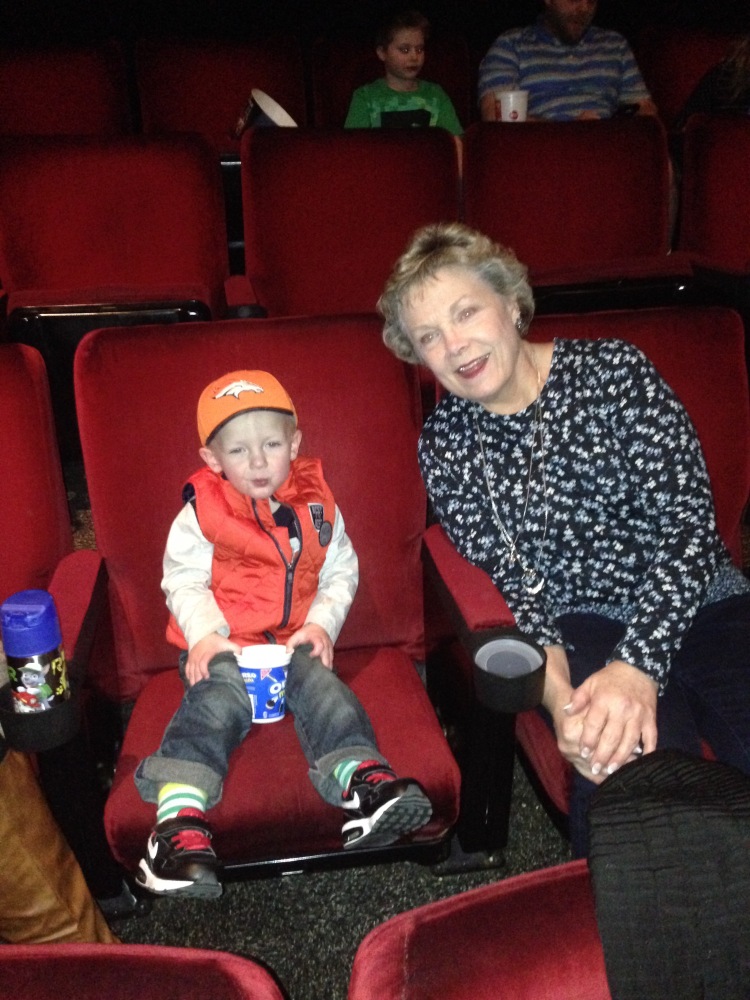 And if our weekend wasn’t already full of festivities, we had a youth group event on Sunday night at Casa Bonita. To describe it is as one of the most bizarre places I’ve ever been would be an understatement.  An amusement park line to get in, cliff divers, gun fights, haunted cave, arcade, fortune teller, gift shop, and a million different rooms to just name a few things this place has. So needless to say, a fantastic spot for a youth group. And a two year old. 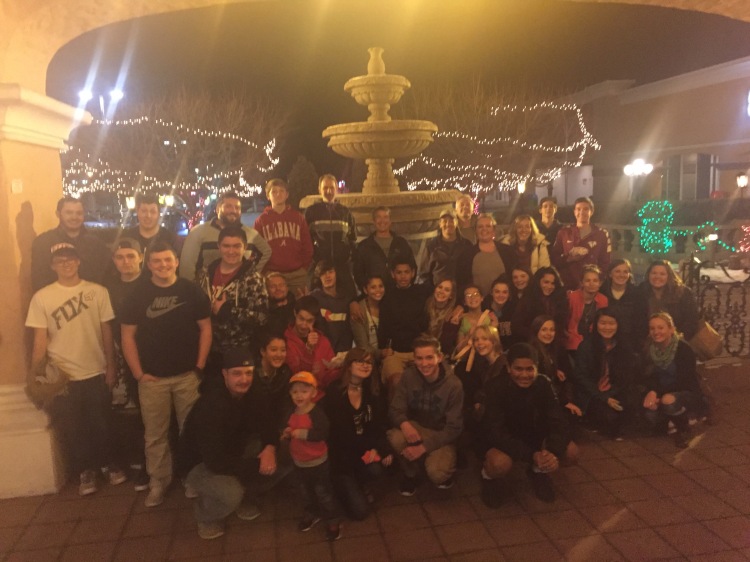 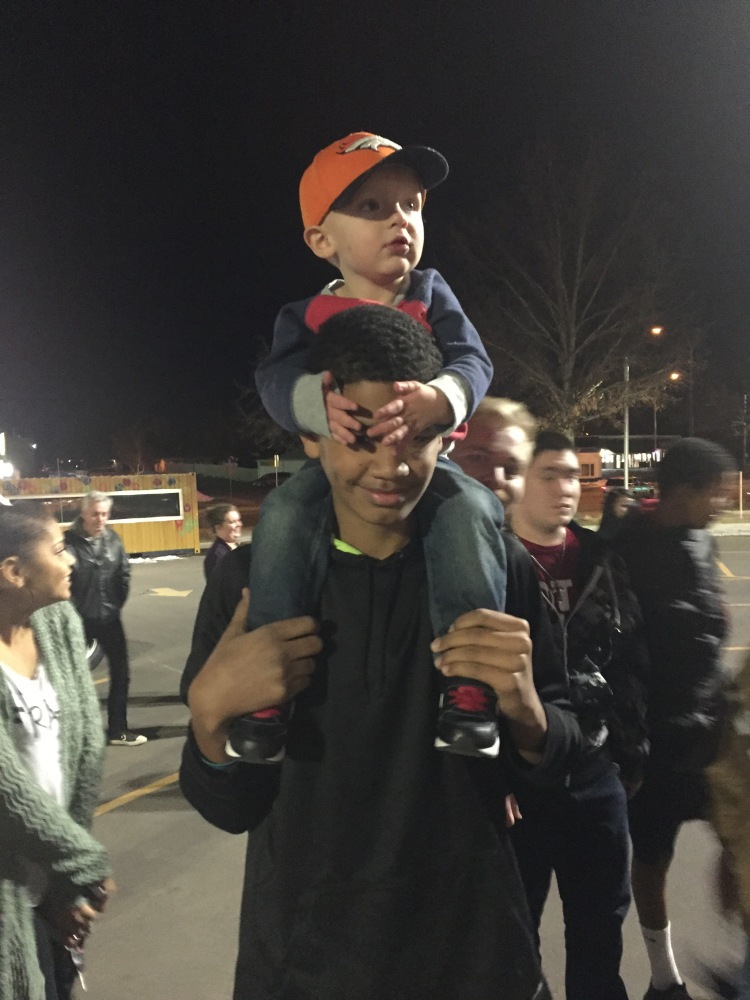 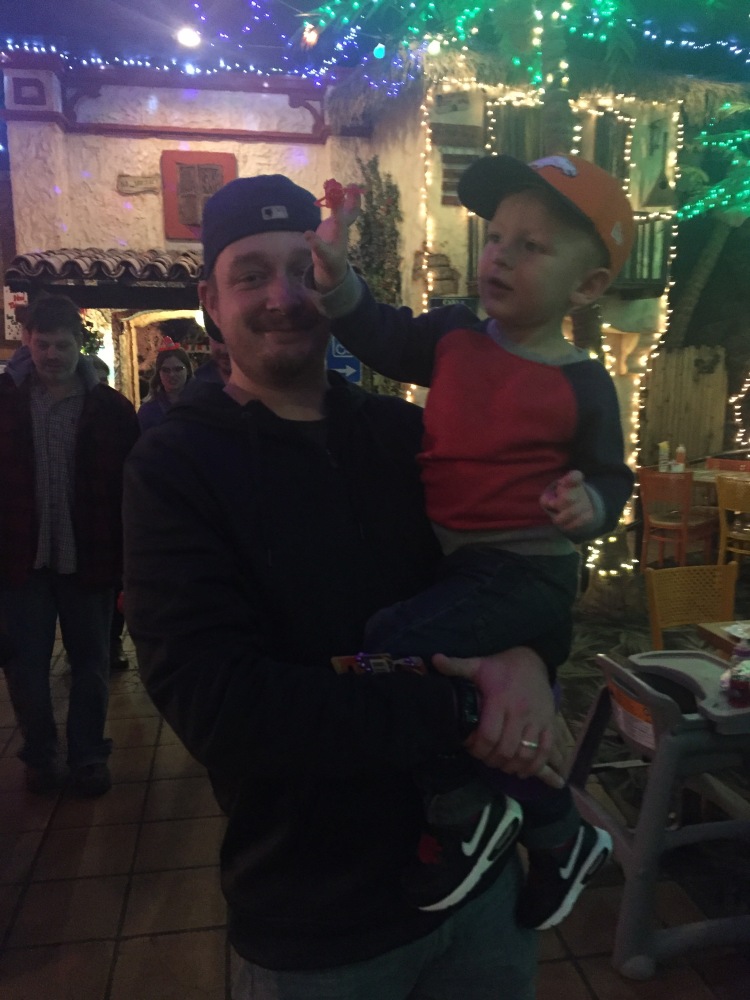 The perfect way to end a super fun weekend! And sure beats the heck out of Monday’s which equals the buying of the groceries and all of the loads of laundry. Here’s to Friday coming quickly!