This summer is FLYING BY!!!! We are so busy doing all of the things that I’m having a hard time recapping all of the things. But I plan on doing just that because this is my way to remember just how crazy busy and crazy fun this season of our lives are. So maybe I’m being a bit selfish and blogging more for me than for you. So feel free to skim away. 😉 Today I am linking up with Erika and Andrea for Friday Favorites to share a favorite week of the summer so far… CAMP!!!

So last year I blogged all about our love for student camp. I have gone every year with Nick since we’ve been married, including the year that I was seven months pregnant. In Texas. In the heat. So that should show all in itself how much I love going to camp. Last year was Caleb’s first time to go (outside of the womb) and seemed to enjoy it. But this year he was old enough to LOVE IT. Our church went to Fuge in Glorieta, New Mexico this year. Caleb and I headed up a couple days after our church group went so it was a 5 hour road trip with just the two of us.

I know I look excited but that was more a mixture of fear and anxiety on my face. But guess what? The little guy did AMAZING. And he didn’t touch a single electronic. Now that is not me bragging saying I don’t believe in electronic use to pass the time on a road trip. That’s me saying that I know my child well (and his lack of being able to watch a movie in it’s entirety) and if I had pulled out the DVD player, I would have had to listen to him for 5 hours to keep changing the DVD. And with it only being me and him in the car, that just was not possible. So to avoid meltdowns, we avoided that route altogether and it still worked out! PTL!!!

We arrived just in time to greet our church group and watch a killer game of volleyball and ultimate frisbee! Where our group may or may not have been the teams to get killed. 😉 Caleb was SO excited to be able to run around, see his daddy, & play with the students. As soon as they left two days prior, he immediately told me, ‘I REALLY REALLY miss Daddy.’ And that was 5 minutes after they left. Do you think that makes me look forward to the sixteen days Nick is in Poland? I think not. 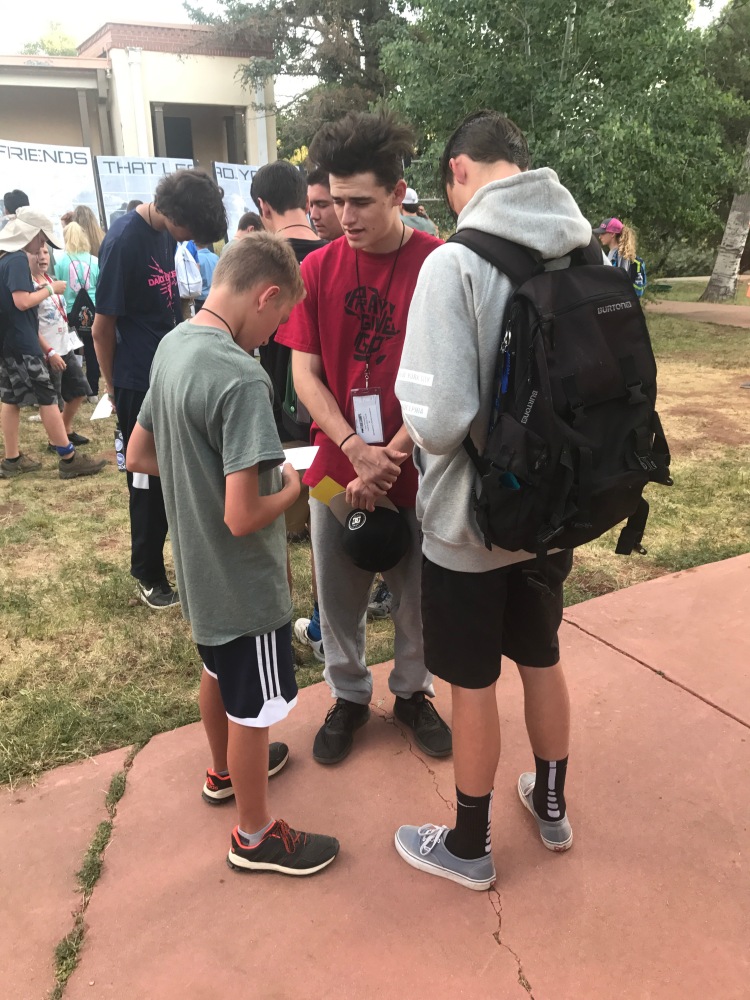 That evening we had a prayer walk that consisted of an hour of walking around to different areas and praying about different things. Nick and I were able to switch off with Caleb and be able to fully participate in the activity. Because believe it or not, our 2 year old was able to stay quiet that entire time and even shush us at parts because people were praying. To say I was impressed with the little guy between the 5 hour road trip victory and this prayer activity all in the same day would be a complete understatement. I probably would have bought him a brand new toy and let him eat ice cream for dinner if he would have asked me at that point. But thankfully he’s not quite old enough to know when I’m an easy target yet. Ha! 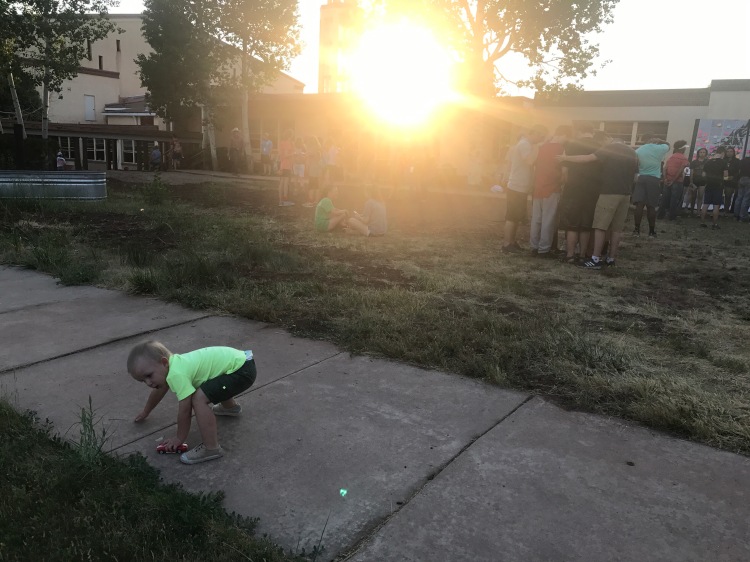 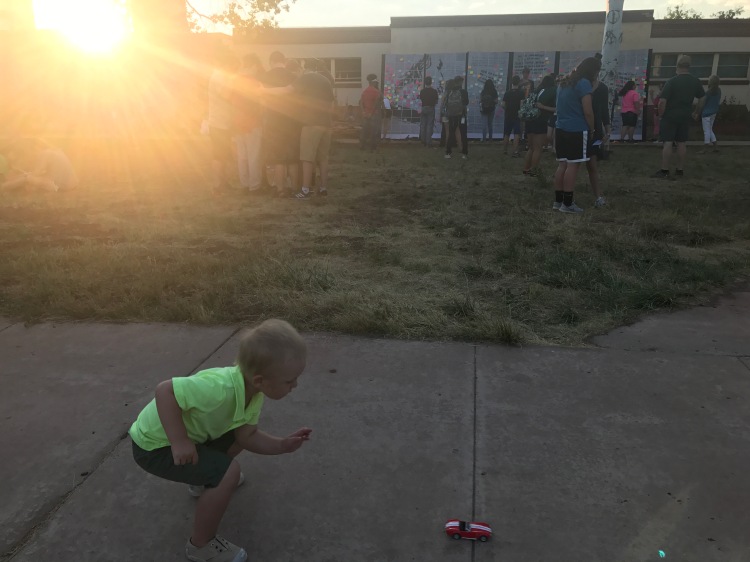 This was him playing with a car quietly at the very end of the prayer walk. It brought tears to my eyes to know that he is being exposed at such an early age to students learning to grasp and engage the Gospel right before his eyes. He understands that they are praying to God which makes him want to pray too. That in itself makes a 5 hour road trip worth it. 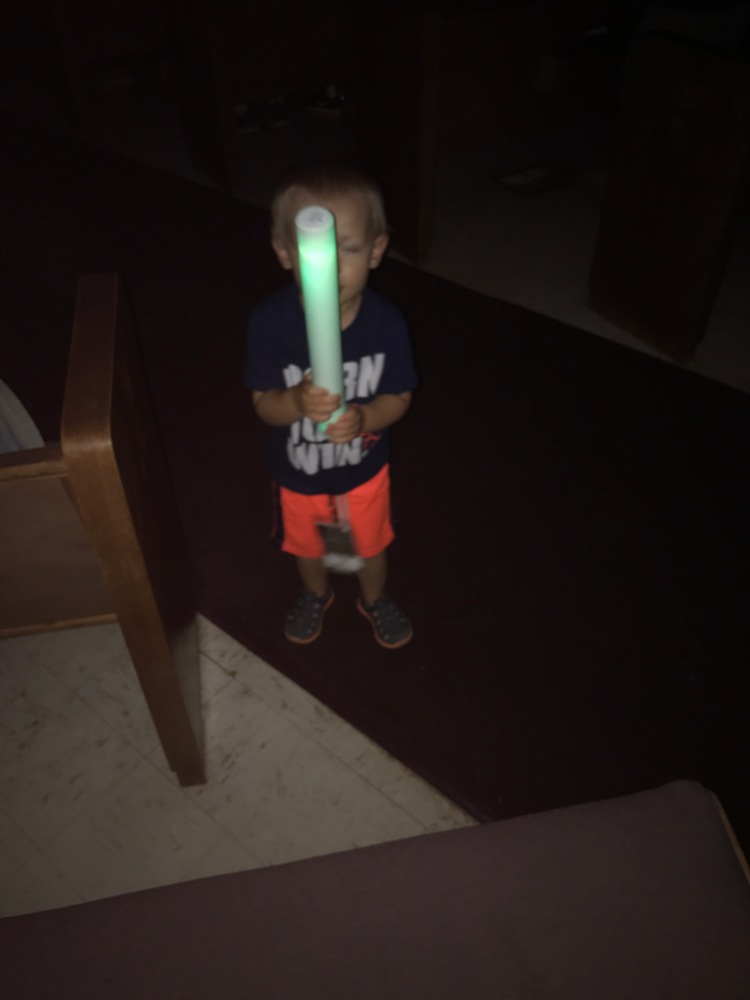 If you’ve known Caleb for even just a hot minute, you know he loves to dance. So worship time was definitely his jam. He even swindled a glow stick from a Fuge staffer to get his groove on. 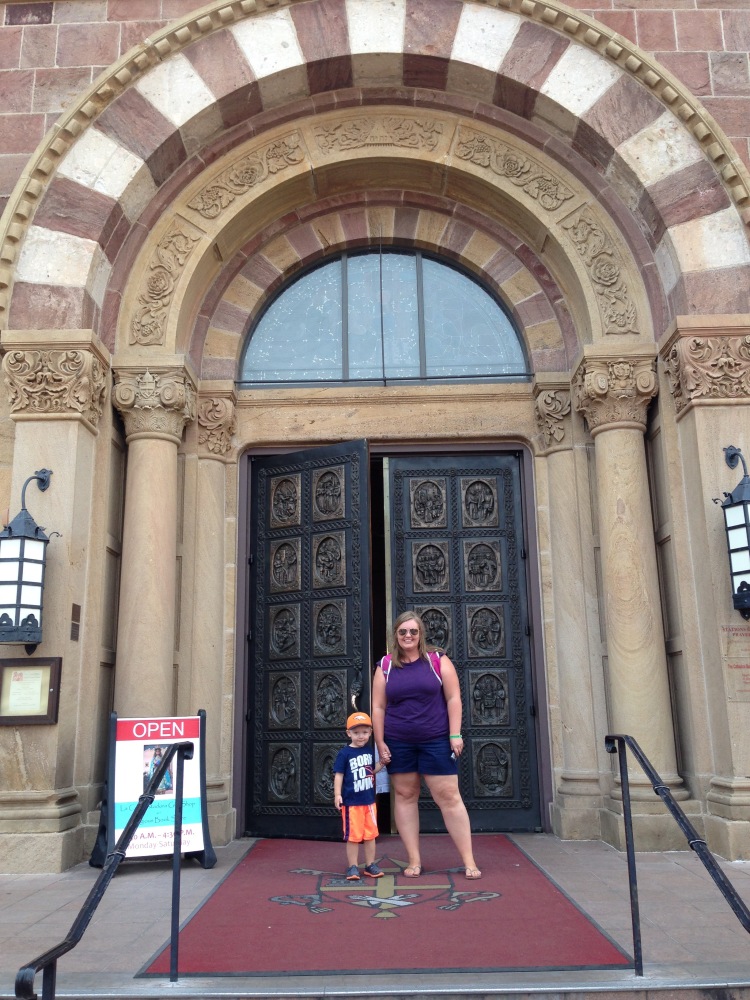 The leaders went into Santa Fe while the students had their own bible studies the next morning. The little guy is a huge fan of Mrs. Kathy. I’m pretty sure he would be more than happy to go home and live with her.

Then it was time for MEGA!!! Watching students do a crazy relay which includes being covered in sprite, flour, and baby food may have been a bit confusing to a 2 year old… 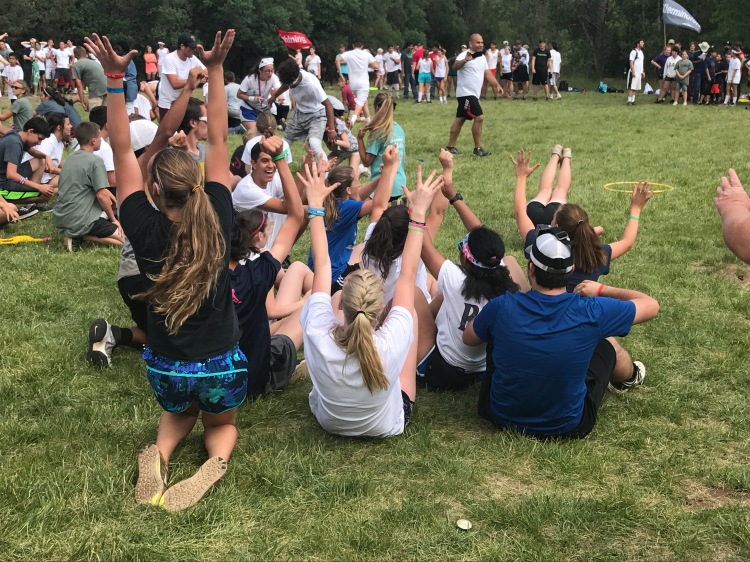 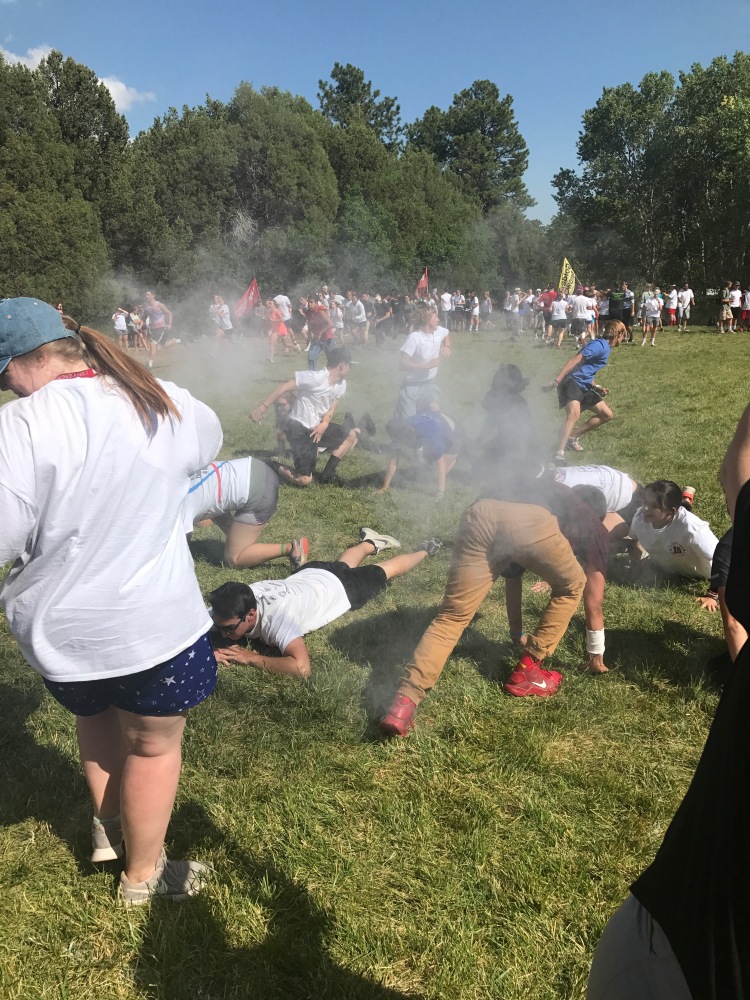 He definitely didn’t mind the ride afterwards though. 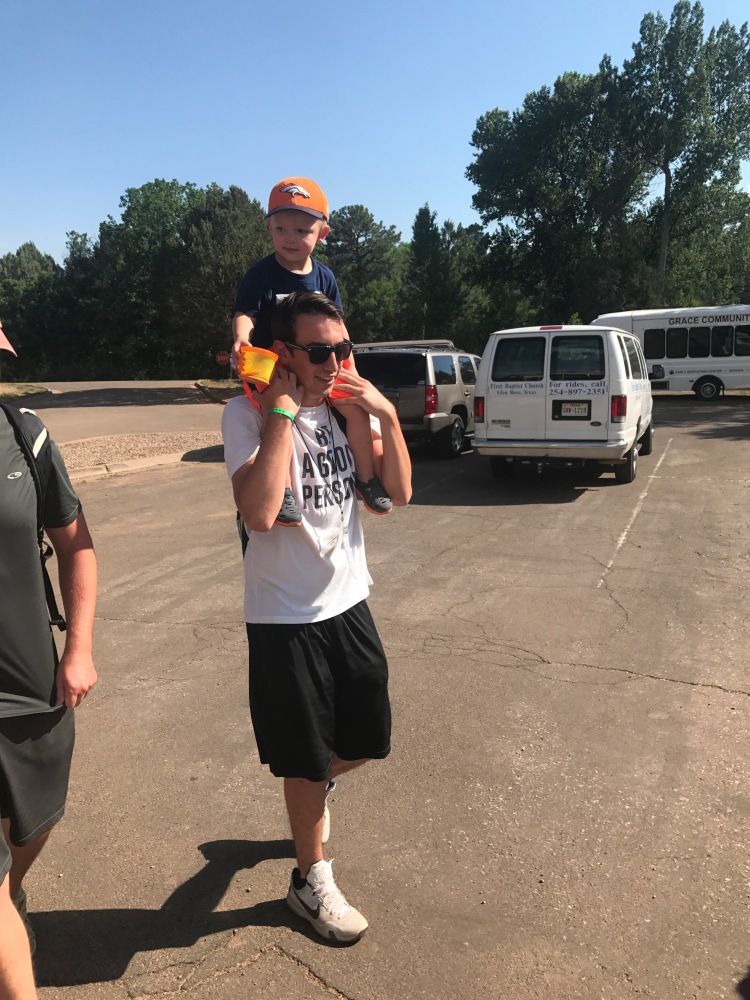 Every evening, Caleb and I were only able to go to the worship part of the service and leave for bedtime as soon as they started the message.

I was pretty bummed about missing this because I always love being apart of what the students are learning and then getting to discuss it with them afterwards. The Lord made it very clear to me through those walks back to our room that my little guy is my mission field right now during this season of our lives. I was able to ask him questions of why he thinks we were at camp and what the students were learning about. He also asked me questions and then we had the opportunity to pray for the different students. It became such a sweet time that has even continued as we’ve come home because he picks a different student every night that he wants to pray for. It may not be ideal to bring a toddler to a student camp, but those conversations and prayers alone makes me so glad I did. 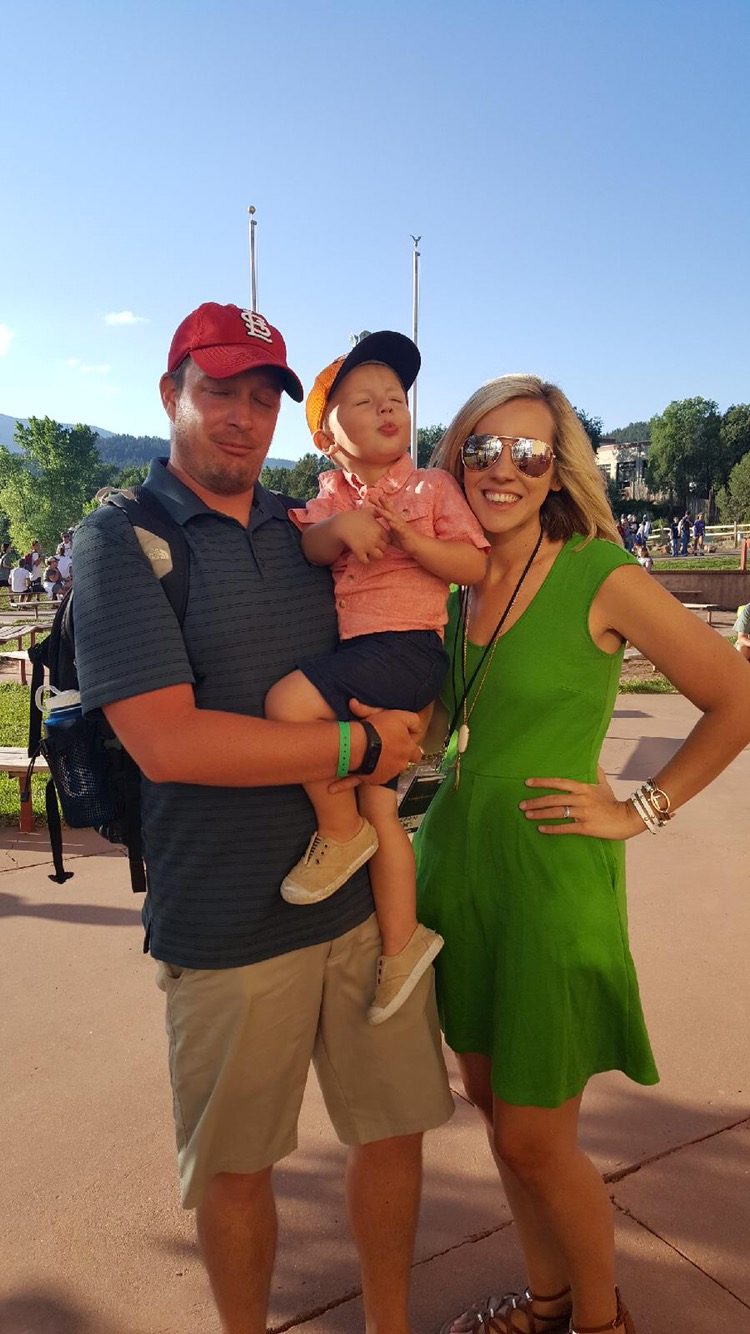 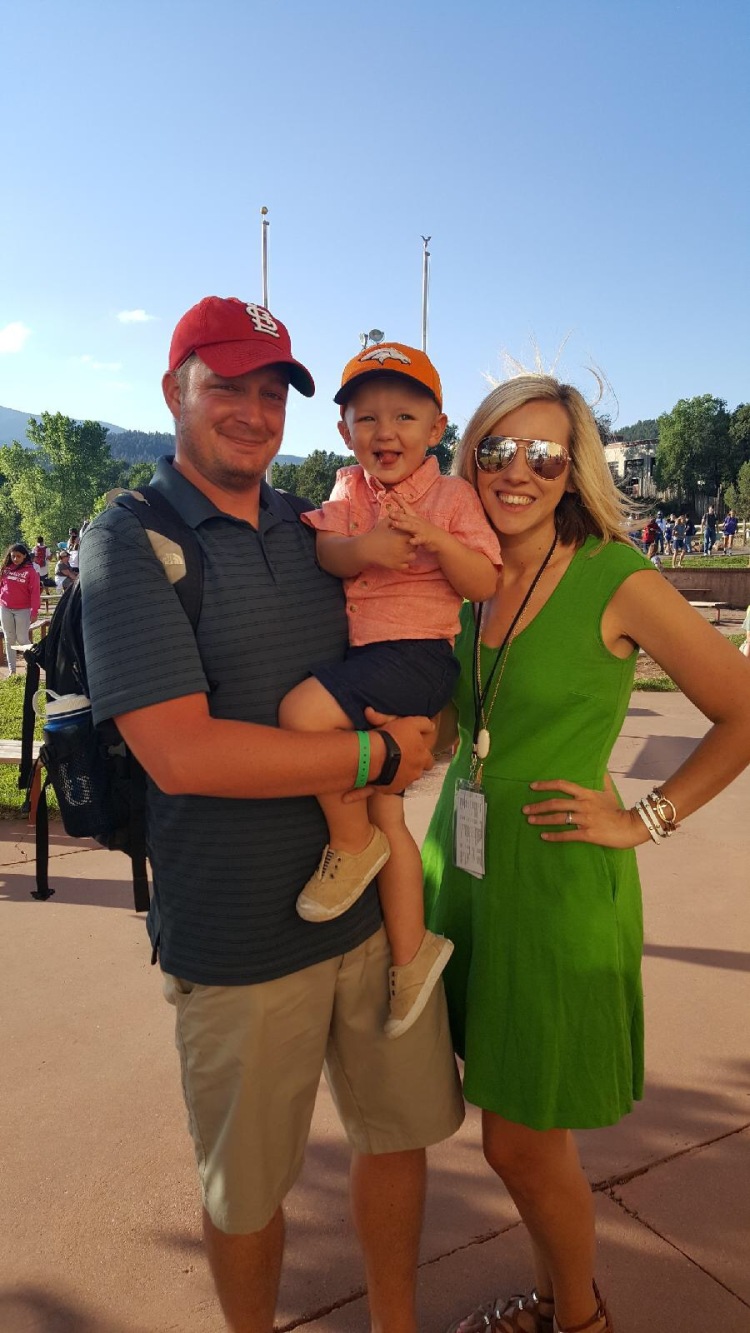 The next morning was our last morning service and we were sad to already see it end. Caleb exclaimed all the way home, ‘I just REALLY REALLY want to stay at camp!’ (Do you notice a theme here?) And I don’t blame him. The kid had a blast. 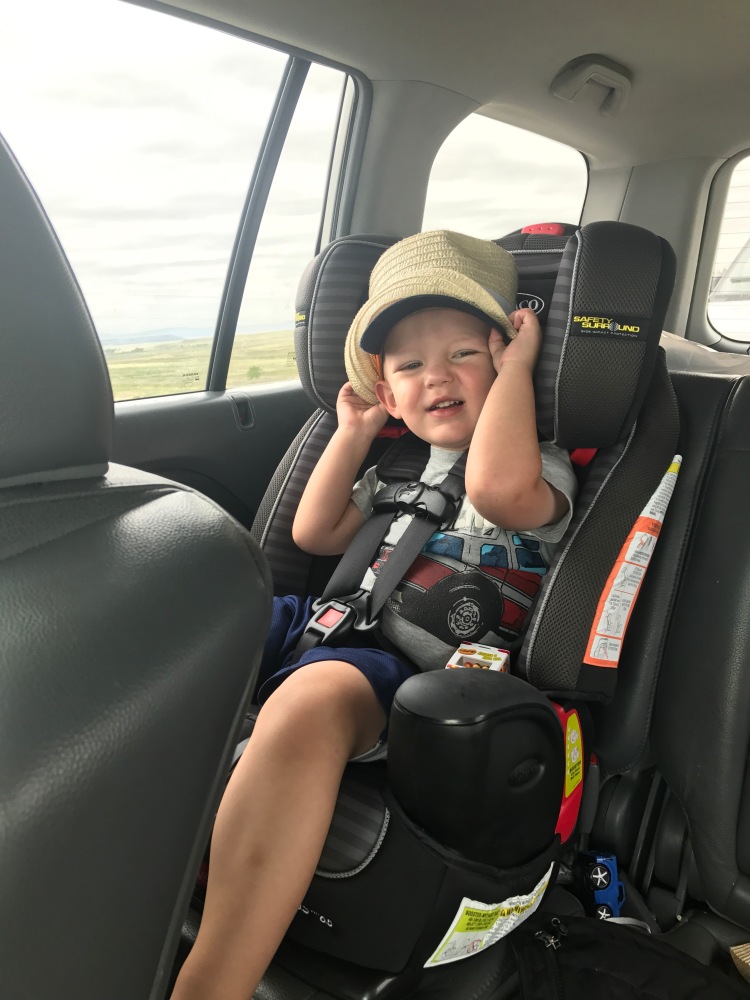 A really fun part of the week was seeing so many familiar faces from our old church in Texas. Getting to catch up and being shocked by how much older students have gotten was such a great time! I just wish I would have taken pictures with everyone! 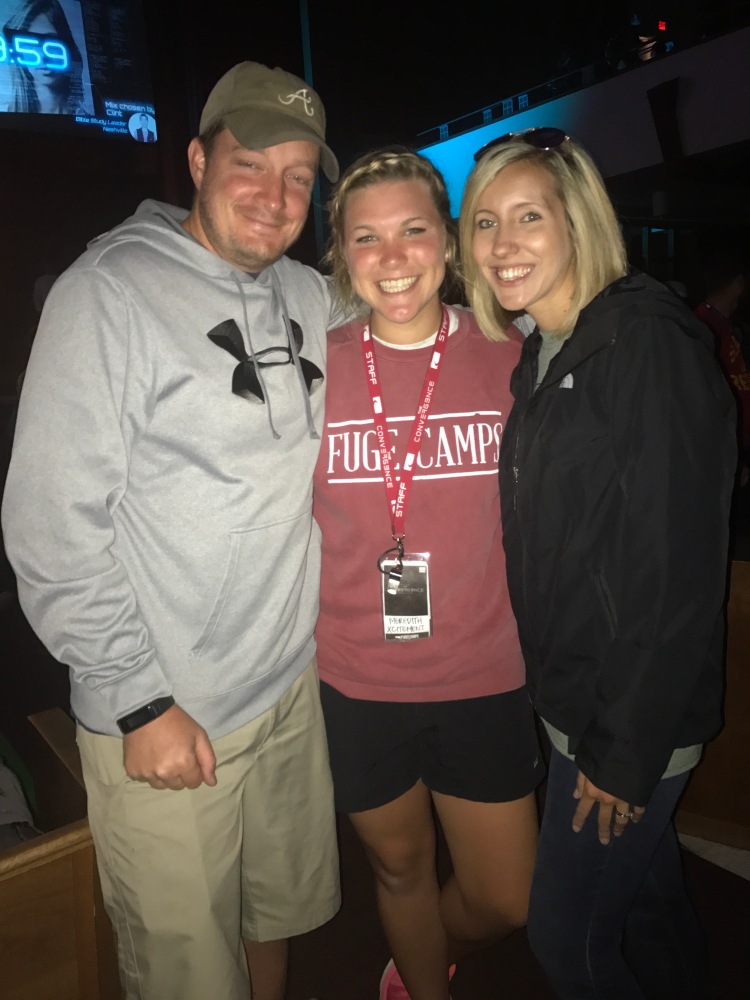 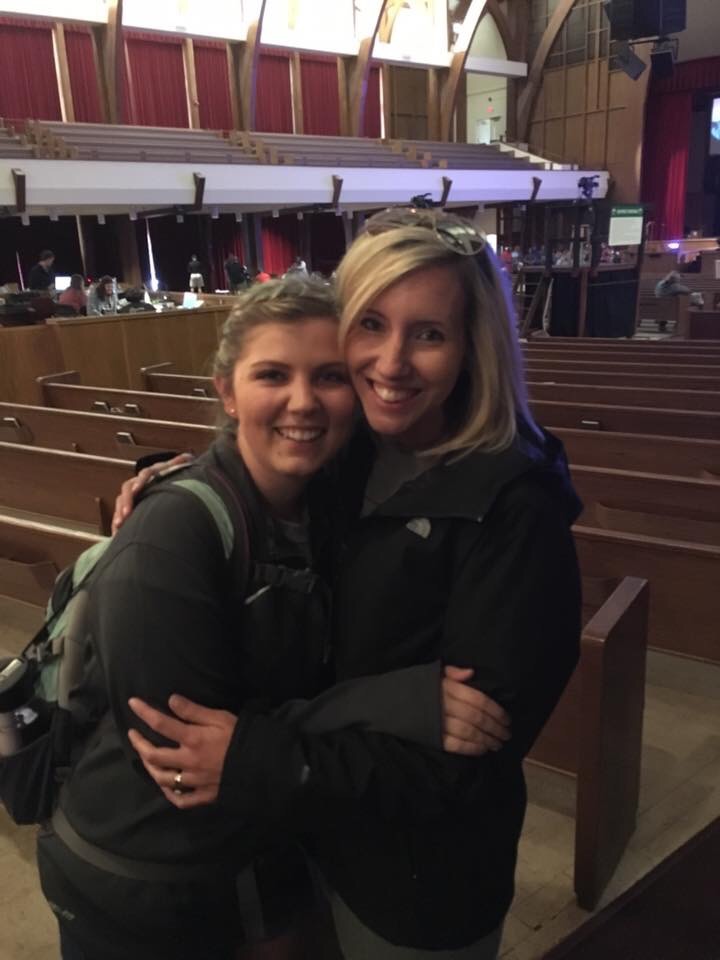 All in all, it was a fabulous week and I’m already looking forward to next year!! 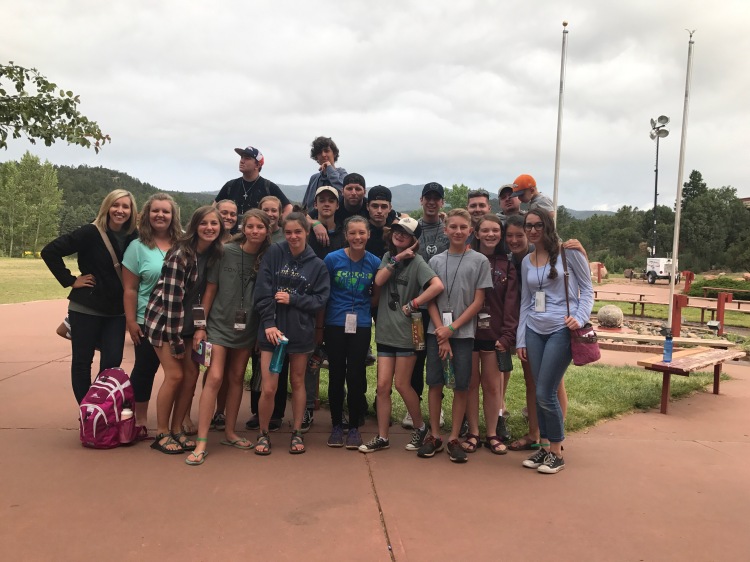 Before we know it, Caleb will be in this group pic as a student! As much as that excites me, it also makes me want to freeze time. So for now, I will enjoy all of the sweet times that I have to miss out on certain things because of our little guy. I’ll take his snuggles and thousands of questions any day. 😉

One thought on “FUGE for the Win! ”