We have a ONE YEAR OLD. When did that happen? I feel like I was just pregnant with little man! But yet, he has entered toddlerhood in all its glory… the independence, the tantrums, and the super outgoing personality that has just exploded out of nowhere. The kid is a flirt and hasn’t met a pretty girl that he doesn’t like. (It’s a bit concerning for those teenage years.) So when thinking about Halloween this year, it was exciting to think that he actually would care a little more then just sleeping thru it like last year.

So first it was to decide WHAT he was going to be. I scrolled thru Pinterest like any good mom with high hopes does. Peter Pan seemed like the perfect fit. He’s too young to care or realize I’m putting him in tights and he’s blonde so what could be cuter. But then we strolled thru Babies R Us and came upon their (on sale) costumes and there hung Mickey Mouse. Now there’s not much that gets Caleb’s attention more than that mouse shouting ‘Hey everybody! It’s me, Mickey Mouse!’ The child could be in the other room and will haul butt at the sound of that mouse’s voice. So the mom guilt set in. Caleb LOVES Mickey Mouse. He doesn’t have about a clue who Peter Pan is. And let’s be honest, I’m the least creative person in the world and not about to MAKE a Peter Pan costume. Mickey Mouse for the win! We bought it, took it home, and he LOVED it. Well except for the hood. These were his feelings on the hood. 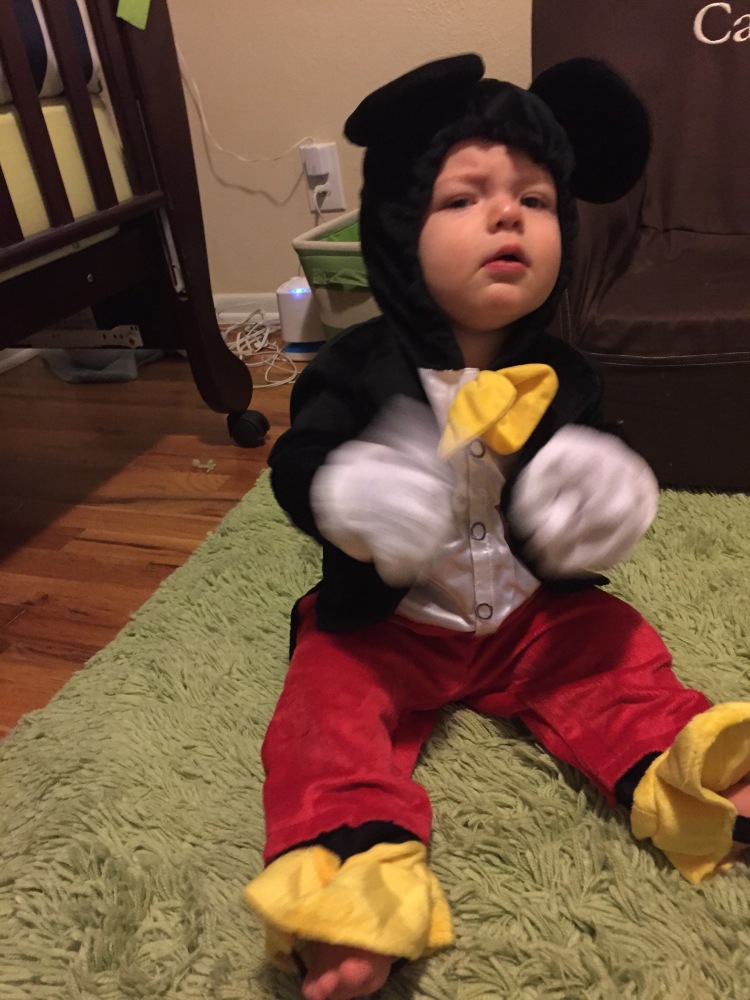 So now it was time to decide WHAT to do on Halloween. A little bit of a struggle because he’s not walking yet and also can’t exactly say ‘trick or treat.’ I was pretty confident calling all strangers ‘dada’ may not be the kind of message we wanted to send. (Yes, my child refuses to still say ‘mama.’ Not bitter at all.) So we decided a shopping center that was offering a trick or treat event was the perfect place for us! We placed our Mickey Mouse in his wagon and just wheeled him up to each store clerk and they threw candy in his bucket. It was perfect! Pretty sure Caleb missed most of it because he was so fixated on the items that kept appearing in his bucket that he rarely ever looked up (unless I made him take a picture).

Afterwards, we ate dinner at the Noodles & Co in the shopping center and he ate macaroni & cheese to his heart’s content. A successful trip indeed! 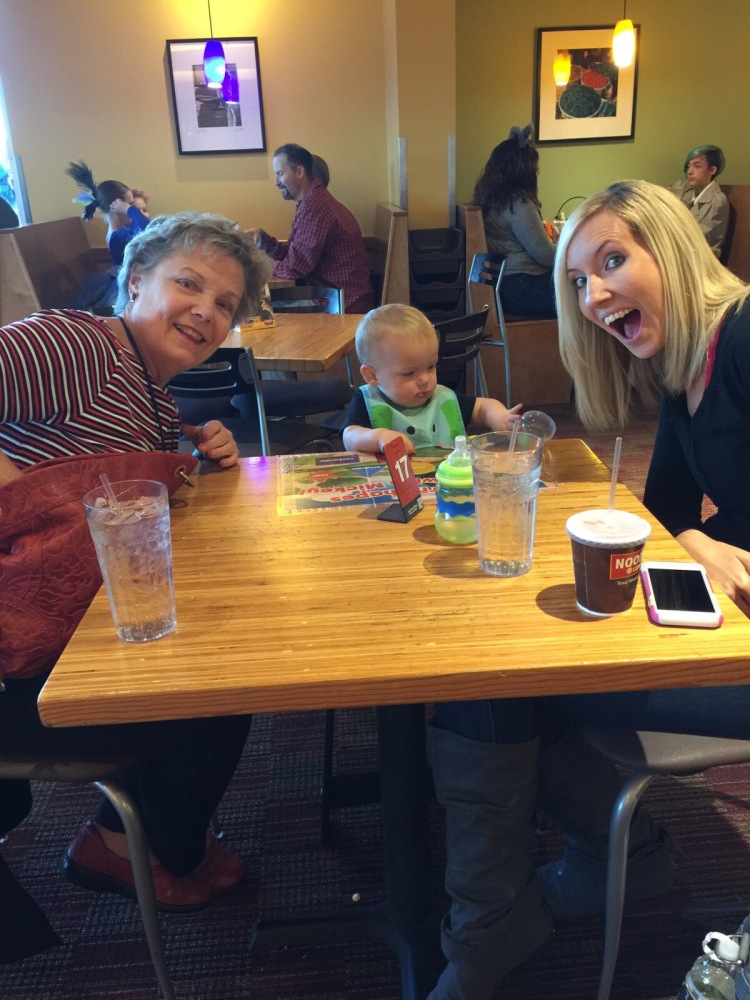 Once we got home, we did go knock on our neighbors’ doors just because we are new to the neighborhood and what better way to make them meet us! The fact that they had to give us candy was just an added bonus. After going back home, Mickey Mouse was pooped.

We gave him a bite of Hershey’s and put that mouse to bed. Halloween conquered!

Hope everyone else had a great time! There is seriously nothing cuter than little kids dressed up in costumes so I LOVED seeing everyone’s pictures posted on social media. Until next year!

(Nick does not share my affinity for costumes. Obviously he chose to not join our theme and go as Donald Duck.)