Somehow I blinked and my ‘baby’ is now 18 months old. He is now at an age where he is a full fledged toddler and no longer considered a baby. (And toddler tantrums are near, I assure you.) We had his 18 month check up yesterday where they always have us fill out a questionnaire to gauge where he is at developmentally. Filling out that thing always fills me with disbelief that he is already to the age to be able to do some of the things that he does. Wasn’t it just yesterday that he just laid immobile on the floor and stared up at toys? Now toys are spread all over the living room floor as he runs about. We are no longer in baby land, Toto. So it just seemed fitting to give an update on all things Caleb. Since he insists on continuing to grow and change.

It is no secret that our child is big. From day one, he was on the bigger side (hence his introduction to the world). People constantly already assume he’s two, until of course they see that he does indeed act younger than two. So his 18 month stats don’t shock anyone. He is measuring 34 inches in height (because I refuse to translate it to feet because that makes him seem too big) and 28 lbs 12 oz in weight. Doctor assured us he is doing great measurement and proportionate wise and obviously he is up in the 90th percentile range for both. 🙂 I’ve said this before but he is now rockin all things 2T. He is in a size 5 diaper, both for day and night. His shoe size is about a size 6.. It kind of just depends on the brand. Poor kid definitely has reached needing the next size of socks though because for the past couple of days, his have left marks on his feet that he does not particularly love. Whoops. 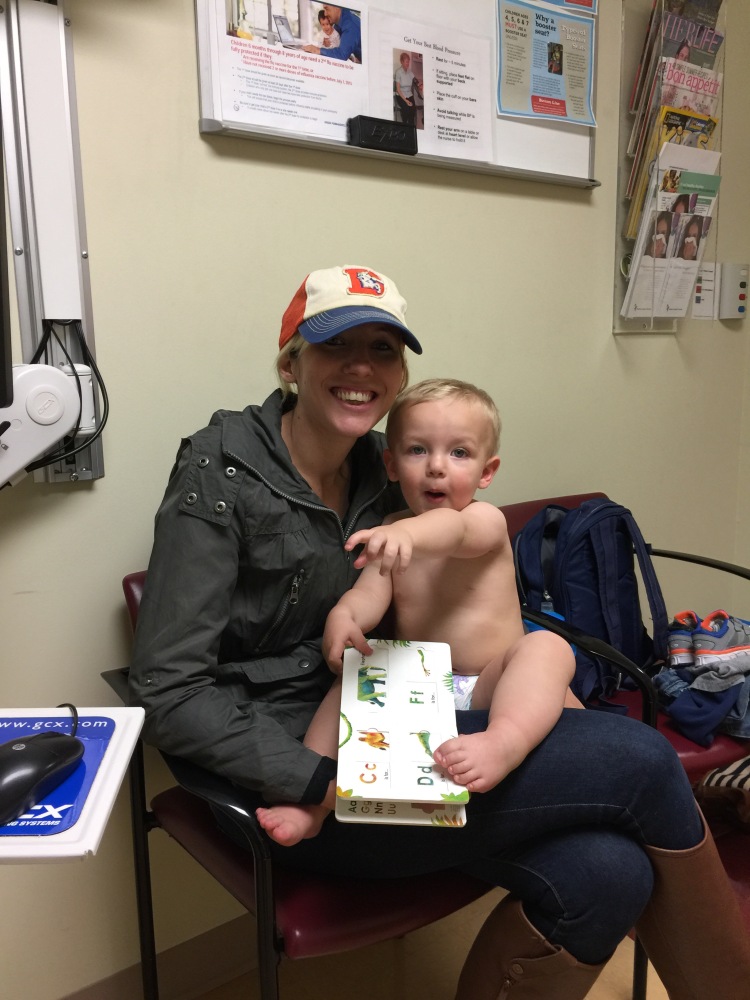 The little man absolutely LOVES to help out. He gets the biggest kick out of the vacuum and he would sleep with the broom if we’d let him. On more than one occasion, he has asked for the broom closet to be opened to then hand me the broom and bring me to the kitchen to sweep. I can’t decide if I’m proud of him for wanting things to be clean like I do or a bit offended that he thinks I need to clean more. The jury is still out on that one. 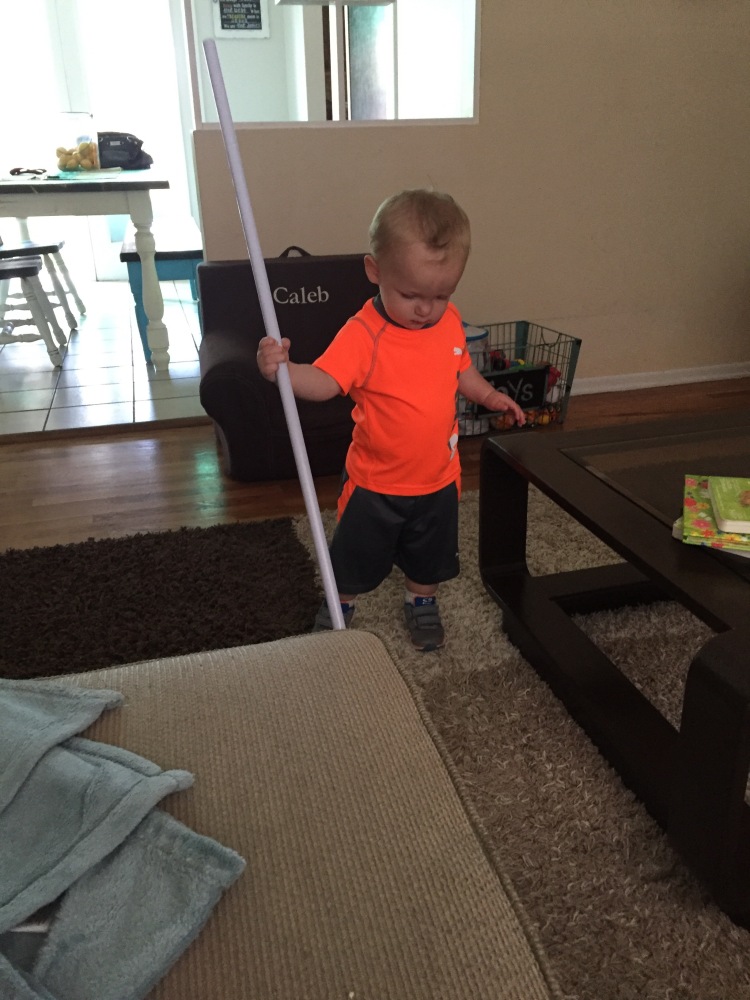 Caleb is definitely starting to talk way more. His words of choice are still ball, car, dada, and mama. What can you say? The kid knows what he loves. The other day he fell asleep in the car on accident while sleeping, he exclaimed ‘BALL!’ with a big smile and then passed back out. So I’m pretty sure he dreams of these things too. He also says uh oh, church, Jesus, JoJo, Nanan (comes out Naw Naw), please, yeah, whoa, and no. Oh yes, no is now in our vocabulary. And now when he is told no, he will repeat it in a sad tone ‘no, no, no, no, no.’ It’s all pretty pathetic. 😉

He still loves Mac & Cheese, playing with balls and cars, building Legos (especially with his daddy), his Mickey Mouse clubhouse posse that he carts around and sleeps with, doing absolutely anything outside, high fives and fist bumps with anyone he sees, dancing to any beat ever (even if it’s just in his head), and is still the best cuddler hands down. He also enjoys banging on the bathroom door to remind anyone inside that he misses them terribly. Such a thoughtful guy. We have also started having our milk delivered (who knew that was still a thing in 2016) and homeboy LOVES him this straight from the dairy milk. He is all about requesting seconds which he never would do before. And he will also never turn down a sweet treat. Because he is my child after all. 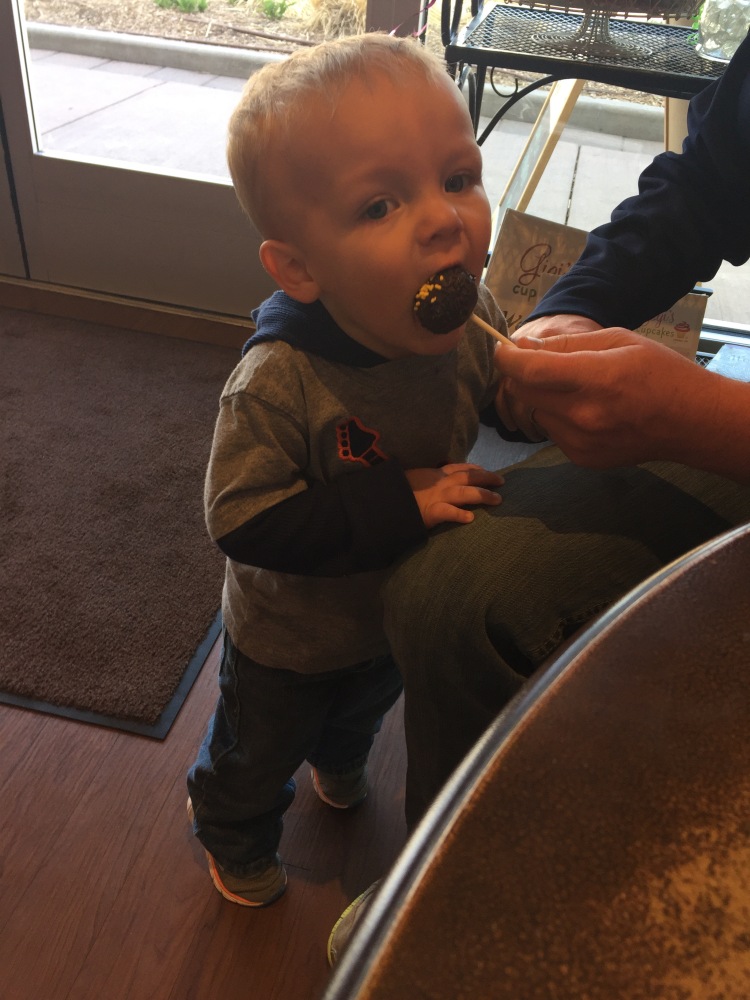 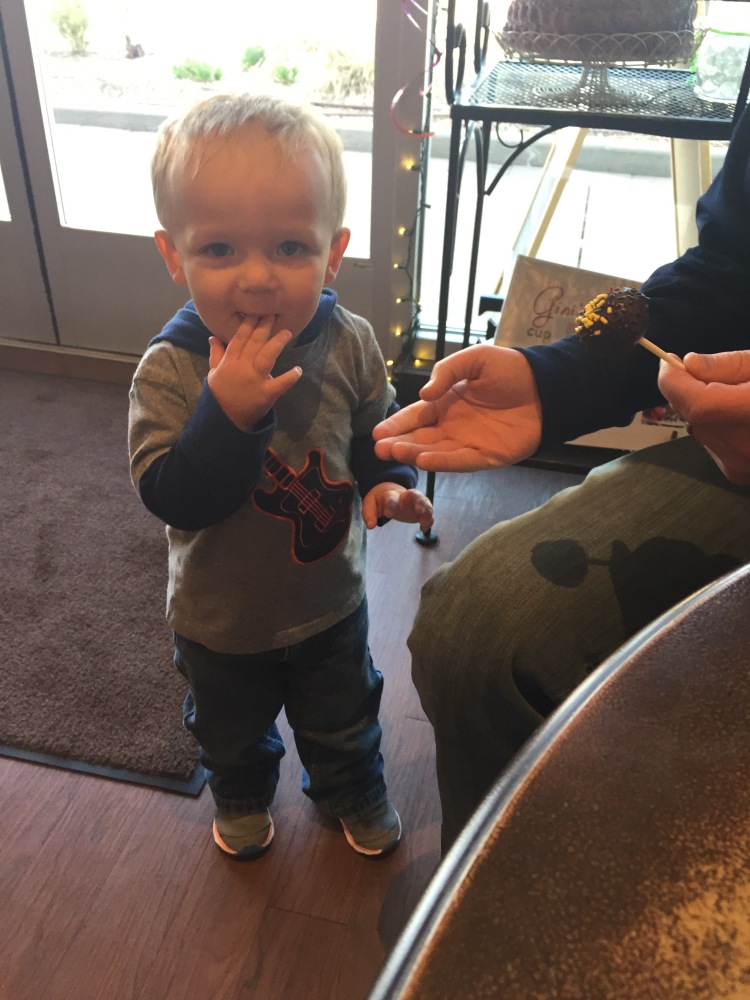 Let’s just say this guy is constantly on the move and loves to explore the world. 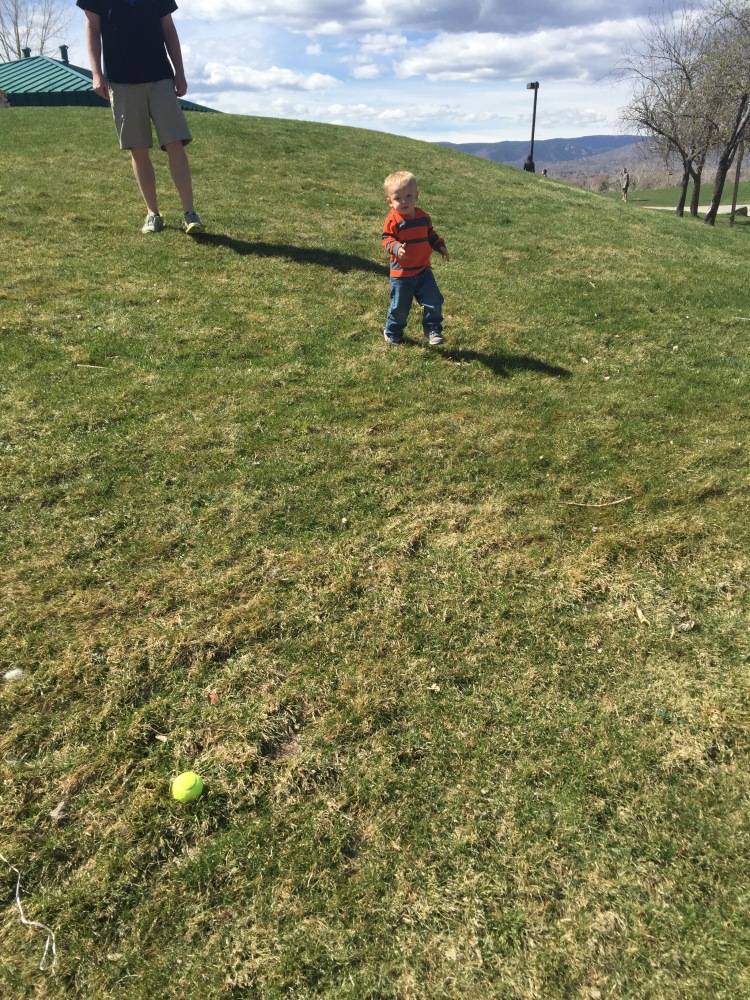 So there it is everybody (but really grandparents).. The latest update about our cutest little one year old! And here’s to hitting the 18 month mark where people now feel like it’s appropriate to ask when number two is coming along. Not soon friends, I assure you! For now, we are enjoying being a family of three enjoying our new life in our new state. 🙂

2 thoughts on “All About Caleb: the 18 month edition ”