So the past three and a half months, I’ve been a bit out of it thanks to this little thing called pregnancy. Yup, that’s right! We are expecting a little bundle of joy in December. Pregnancy was pretty hard on me with Caleb so I haven’t been totally surprised that I’ve been pretty exhausted and sick this time around too. But now I’ve hit second trimester and I’m hoping for easier times! Granted I still pass smooth out on the couch every night at 8:15 pm.

We are very excited around here! Caleb is all about taking care of me and the baby. And believe it or not, he will say that he wants a sister if you ask him! This next picture is right after we told him over his special dessert. Safe to say he’s pumped. 🙂

We kept the secret for a while so that way when we visited Texas for Mother’s Day, we could tell my whole family in person. We put Caleb in a Big Brother shirt and hat on the airplane and watched all the different reactions. It’s pretty hilarious to watch how quick some people caught on and some people we had to encourage to read his shirt. But everyone is pumped and planning for Christmas in Colorado! 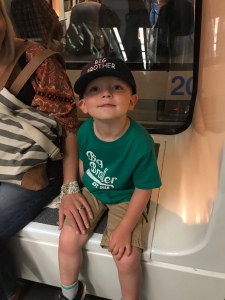 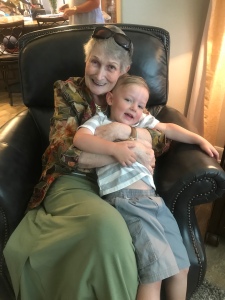 I’m so excited to see this little guy be a big brother. He has such a caring heart and will be so sweet to see how that plays out with a baby sibling. We let him go to the doctor with us last time to hear the heartbeat which was so sweet. Him and the doctor decided it sounded like a train which he of course loved. 😉

The million dollar question is people wondering if we will find out gender. If you know me at all, you know I love to PLAN. So I HAVE to know. The next question quick to follow is which gender we are hoping for. I’ve already said that Caleb is rooting for girl and now Nick is rooting for boy. He prefers to stick to what he knows. As for me, I’ve never been quiet about the fact that I would thoroughly enjoy just being a boy mom. Apparently I enjoy the chaos of it all. But I’m feeling pretty indifferent these days which may be since Caleb and Nick have picked opposite sides. I will just reside as neutral. (But if it’s a girl… send help. Especially when she’s 16.) At my moms group, they have you pick out a bowl to see what you’re going to have and here is the prediction. So we shall see if it’s right…

I thought it would be fun to do a pregnancy update questionnaire just to document how things are going. (And who knows – this may be my first and last one.)

How Far Along: 14.5 weeks! I think I can officially say second trimester! (Everyone seems to have a different opinion on when it starts.)

Total Weight Gain: I’m not really sure because I don’t know what I weighed beforehand – life is better without a number!

Maternity Clothes: Not quite yet but I can feel it getting near…

Sleep: Well I pass out EARLY and as long as I stay asleep, I’m good. But if for some reason something wakes me up (AKA my 3 year old), then I’m up for AT LEAST an hour staring at the ceiling.

Best Moment of the Week: We conquered VBS! As exhausting as it was to help put it on while being pregnant, it was all worth it. 🙂

Miss Anything: Not being exhausted all the time. Or feeling good. I feel like my family will remember me as ‘one who lays on couch.’

Movement: Yes! I feel like I felt the sweet pea for the first time this past week. It’s still pretty fleeting but so fun!

Food Cravings: This is all over the map. But pretty much give me all of the carbs.

Anything Makes You Feel Queasy or Sick: This is also all over the place which makes life real fun. You just never know when it’s going to hit. It’s like winning the lottery, except opposite.

Anything Different This Pregnancy: Well I fainted on the light rail so that was interesting. So now I’m cautious to stand up slowly and not allow myself to get too hot. I also was completely sick for days after our flight home from Texas. So apparently transportation is not really my jam right now.

Have You Started To Show Yet: Yes, I think so! This definitely happened earlier this time around.

Gender: We won’t know until the end of July! 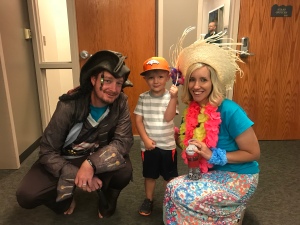 Those are all the updates for now! We are beyond excited to be the Jones family, party of 4!

One thought on “Life Lately: The Baby Edition”