May is here and life is crazy! Something about life with a baby makes me want to be sure to get back to blogging and document these days of my boys being littles. Especially when they are experiencing things for the first time.

A few weeks ago, Nick’s Papa left this world to go be with Jesus. He was an incredible man and we were so glad that Nick was able to go to Maryland to celebrate his life. That left the boys & I alone for a couple of days for the first time since Luke was born, but we survived! (I also realize that this is the reality of many of my friends whose hubbies travel every week. I fully believe that Starbucks should give them free coffee everyday.) One night after I finished Luke’s bedtime, I headed to do Caleb’s and found him like this… 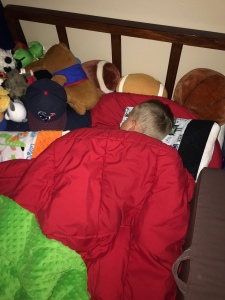 Whoops. Apparently I wasn’t fast enough for him and he just put himself to bed.

We spent as much time outside as possible and Luke was introduced to the world of baseball hats. Caleb let him know that this was pretty much a must if he wanted to hang with him and Dad. 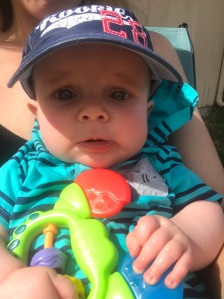 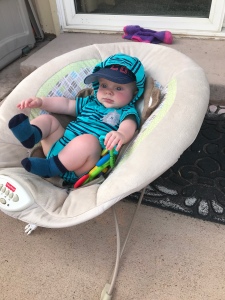 And I’m pretty sure this next picture is around the time that Caleb got a splinter in his booty. Which is now known as Splinter 2.0. And for sure goes down as one of my craziest mom stories. (It would definitely need a whole blog post in itself to explain.) 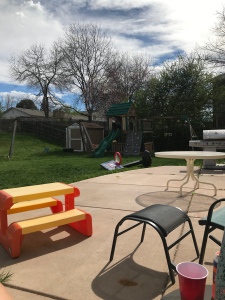 We had friends over one night and we finally got to meet Benjamin who is just three days younger than Luke! We literally moved out of our room at the hospital and they moved in. (Seriously.) 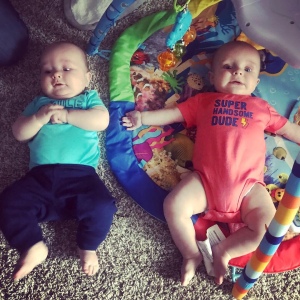 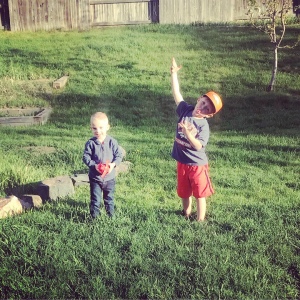 While Nick was gone, I let Caleb have his first impromptu sleepover with me. Which pretty much MADE his life. And yes, he’s just as chatty falling asleep as he is awake. And he also had a lot of rules… face him, get off my phone, fall asleep on the count of 3. It was all very peaceful. 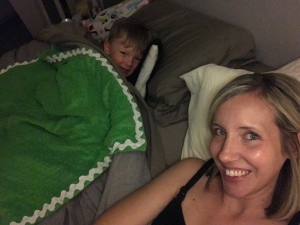 Then Daddy came home with new hats in tow which made the boys very happy!! (Well at least the big one. The little one looks a bit freaked out.) 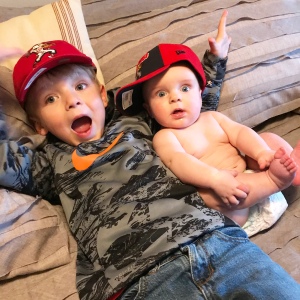 The Kerstetter’s were in town from Ireland and I’m so glad that I got to spend time with Denise (& Russ too.. I guess!). Although I didn’t get a pic with them, I did make them take an awkward one with the boys. They were one of the very first people we met at our church so they will always have a special place in my heart. 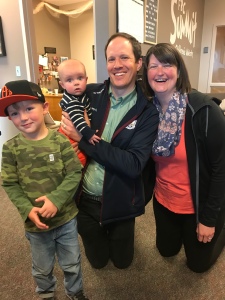 Caleb had his second t-ball practice last week and got his BlueJays uniform! He’s so excited to play with his best buddy. 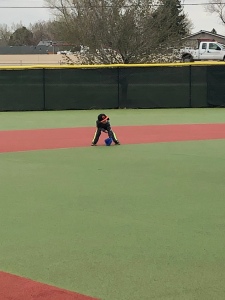 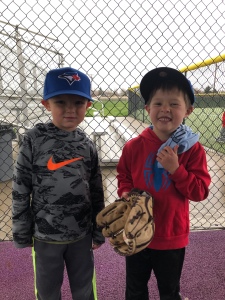 His first game this weekend was one of the cutest and most hilarious things I’ve ever seen! I don’t think any of the kids knew what was happening a majority of the time, but they all definitely seemed to have fun. 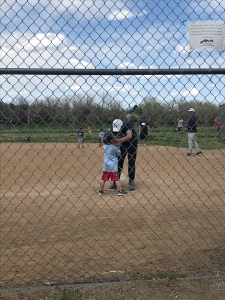 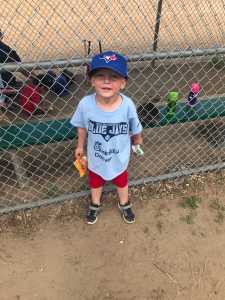 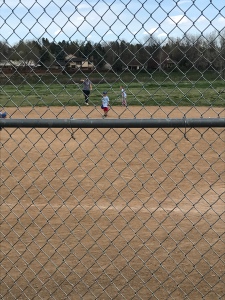 His best friend and his daddy are definitely his favorite. 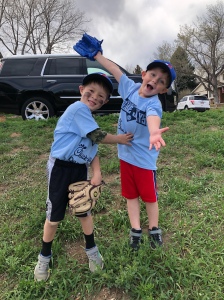 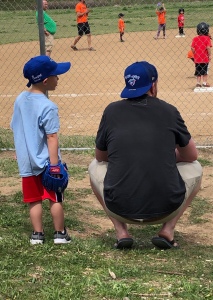 We then headed right over to our friends’ crawfish boil (aka one of the best days of May!). 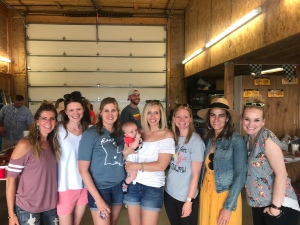 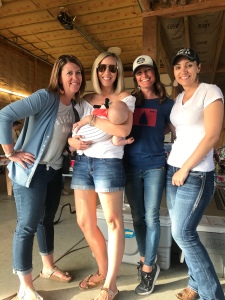 Holding a baby at a crawfish boil is a bit tricky so thank goodness for good friends that are willing to feed you the crawfish! True friendship at its finest. 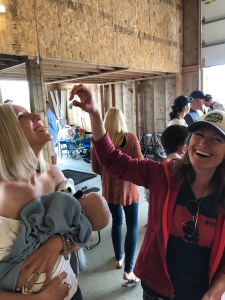 Or they just take the baby altogether which also works! 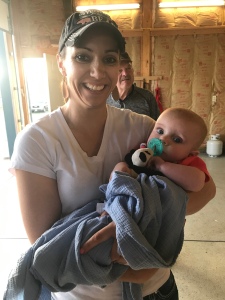 We ended the weekend with a night out with friends for Cinco de Mayo. Random fact about Nick… he loves Cinco de Mayo. So he took care of childcare and all of the logistics so we could go to dinner at our favorite Mexican restaurant. (Although the picture definitely makes it look like we ate at Chick-fil-A.) 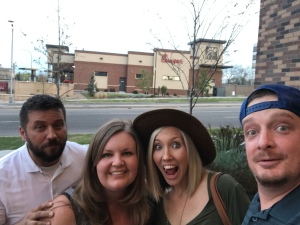 Whew, that’s all for now! Talk about a random assortment of things. This week we are gearing up for our first trip to Texas as a family of four! Get ready Lone Star State, we are coming for ya!